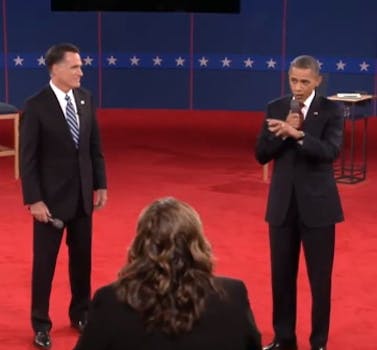 These tweets weigh in on everything from energy and foreign policy to birds and binders.

Last night, President Barack Obama and Mitt Romney took to the stage for the second presidential debate of this election campaign. Both candidates gave their all, and by the end of the night, there was one clear winner: Twitter.

The community’s brightest wits and political commentators sang in full force Tuesday night to the tune of 7.2 million tweets, taking the candidates to task over their policies, demeanor, and ill-judged remarks.

Photo via The New York Times/YouTube