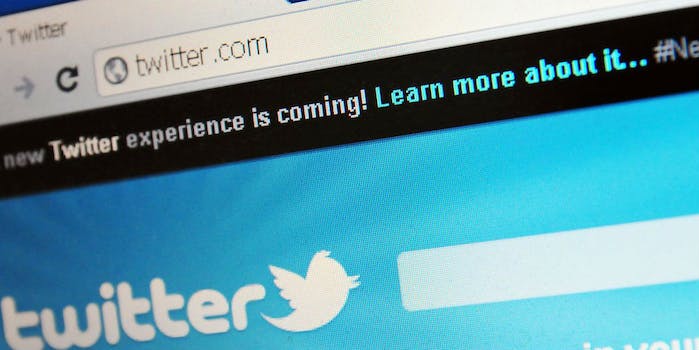 Twitter is trying to give control back to the users.

Twitter announced today it will be making a number of changes to help combat abusive behavior on its platform.

Twitter is working to identify accounts engaging in inappropriate behavior even before reports are filed. Things that could get you in trouble include repeatedly tweeting without solicitation at non-followers or “engaging in patterns of abusive behavior” that are in violation of Twitter’s rules.

If found in violation, Twitter could limit a user’s account functionality using different techniques, like only allowing friends to see an offender’s posts for a certain amount of time.

The company will also hand its users control to filter their own content. A new option will allow anyone to change notification settings so they can avoid seeing things from certain accounts, like those that haven’t changed the default egg image to a legitimate profile photo, or anyone who has yet to verify their email address or phone number.

The mute function that was expanded in November will also gain more features. It currently lets you remove certain keywords, phrases, or entire conversations from your notifications. New features will include the ability to mute content from your home timeline for any given period of time:one day, a week, a month, or indefinitely.

And now, when someone reports something on Twitter, they will be notified that their report was received and informed of any further action.

These changes are just the latest in a string of features Twitter has been rolling out to address online abuse. We should expect to see more in the months to come.