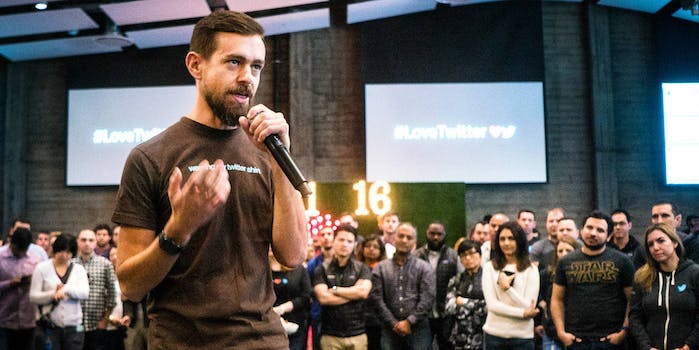 Here’s how Twitter plans to shield you from abusive tweets

Twitter, for many, is not a friendly place. Women, people of color, celebrities—all three—endure a regular and sickening barrage of harassment on the platform. Twitter has slowly been implementing new features to curb the trolls, which seem to sprout three new accounts for every one that’s blocked or disabled. Today, however, CEO Jack Dorsey announced that the company is taking a fresh, stronger approach to how it handles abuse.

We're taking a completely new approach to abuse on Twitter. Including having a more open & real-time dialogue about it every step of the way https://t.co/a1SV7URPEK

First, using a combination of machine learning and human reviewers, Twitter will aim to do a better job of keeping repeat harassers from rejoining the network after having an account suspended. Since it doesn’t want people to game the system, Twitter isn’t revealing exactly how it will be checking for new accounts from chronic trolls. In 2015, Twitter said it would begin adding a phone number to the account registration process to help battle this same issue.

Twitter is also cleaning up search, adding a “safe search” option that omits tweets with inappropriate terms and images. You can switch this feature on or off.

Third, Twitter will automatically hide similarly inappropriate tweets from your mentions. To see them, you can tap a “show less relevant replies” button, which will show up at the bottom of conversation threads where some replies have been censored.

In August, Twitter gave users the ability to filter the replies and mentions in their feeds. While this perhaps helped users avoid seeing some of the worst content being directed their way, it didn’t do anything to stop abusers from creating new accounts after old accounts had been reported for harassment. Hopefully, Twitter’s renewed commitment will better address this issue, while disincentivizing trolls from spewing their hatred in the first place.

Dorsey said that these new features will begin rolling out over the next few days.