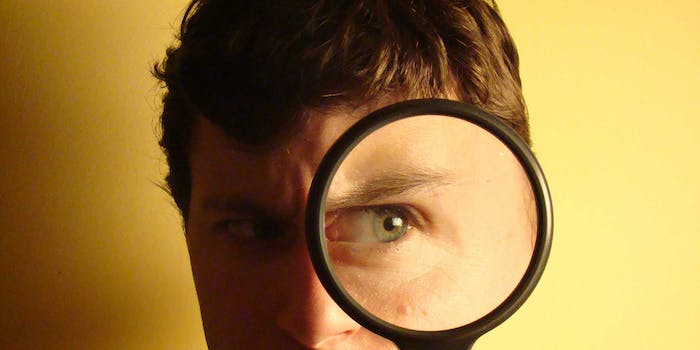 Now you can search by video, news, people you follow, and more.

Twitter introduced new search filters today, making it even easier to use the micro-blogging service as a discovery tool.

This change marks an impressive fine-tuning of Twitter’s discovery tools (which are already so much better than Facebook’s it’s almost not fair).

Now, if you want to see a video of Beyonce and Jay Z performing “Drunk in Love” you no longer need to slog through tweets that mention the majestic duet but do not include video footage of their Grammy performance or the official music video (although there is no filter to weed out amateur fan montages, alas).

Or, conversely, if you would only like to know what people in your geographic vicinity have tweeted about “Drunk in Love” you are now empowered to limit the search to people near you—although Twitter’s Advanced Search option already allowed limiting based on geographic area, so that’s not as exciting.

There’s a new filter for just news results as well, and for each filter users can toggle between looking at all results or just results from people they know (which was available in basic search, too).

Speaking of Twitter’s Advanced Search, it’s now easier to find on the site, located as one of the options along the main search board. This is a strong development; the Advanced Search was previously so hard to find that I would actually just Google “Twitter Advanced Search” because it seemed easier.

Though these improvements are all positive, it’s still disappointing to see Twitter pretending it can measure positive and negative attitudes. If you click on Twitter’s “Search Operators” chart, it pulls up certain commands users can type in for advanced searches. Two of these commands supposedly calibrate “a positive attitude” and “a negative attitude” according to Twitter—but really, they just pull up tweets with smiley and sad-face emoticons.

So while this is a notable improvement, Twitter still has plenty to work on when it comes to search.

Here’s the complete list of search operators, if you’re curious: 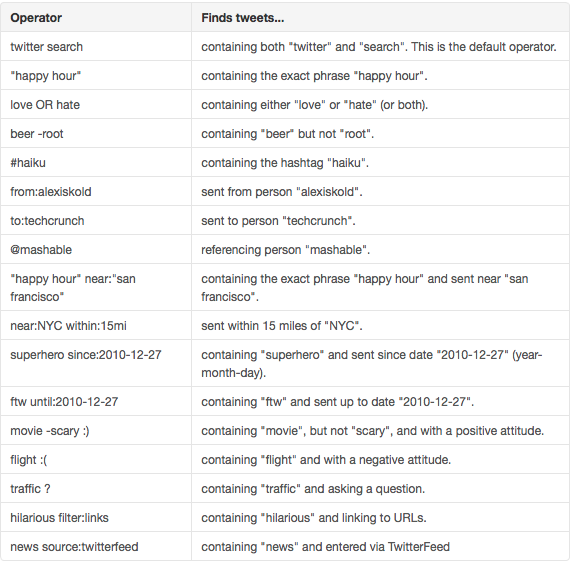