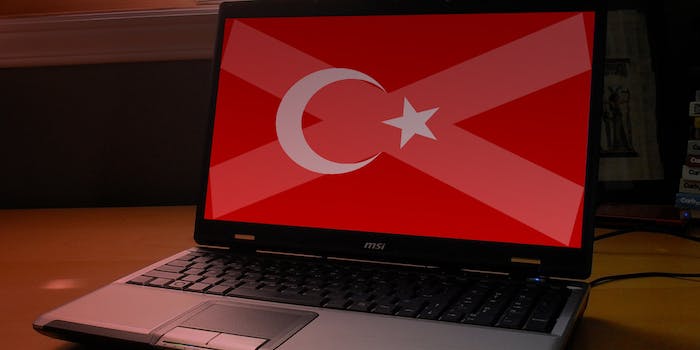 Wikileaks releases a batch of emails from Turkey's leading political party, and Erdoğan is not happy about it.

Turkey has blocked access to Wikileaks after the website divulged 294,548 emails from president Recep Tayyip Erdoğan’s Justice and Development Party (AKP) on Wednesday. The emails date back to 2010, with the most recent marked July 6 2016, a week before the military coup attempt.

Wikileaks confirms that the collected material is not in any way linked to coup plotters and that the emails were obtained before the attempt. However, it did decide to publish the emails in response to “post-coup purges.”

Wikileaks maintains that the leak was nothing personal against the president and his political party, writing that “[i]t should be noted that emails associated with the domain are mostly used for dealing with the world, as opposed to the most sensitive internal matters.”

Erdoğan has been quick to suppress his opposition. The country’s Telecommunications Communications Board said it had to undergo an “administrative measure” against the exposed emails, explaining the sudden shutdown of Wikileaks. Since Friday, the president has suspended or fired about 50,000 people on a witch-hunt for coup conspirators.

This isn’t the first time the government has composed internet crackdowns. Turkey holds a gold medal in the censorship games, known for its track record of banning websites and shutting down social media outlets like Twitter.

The recent leak may not be accessible in Turkey, but it provides the rest of the world opportunity to sift through a series of 762 inboxes that are linked to “akparti.org.tr,” or the ruling party’s domain.