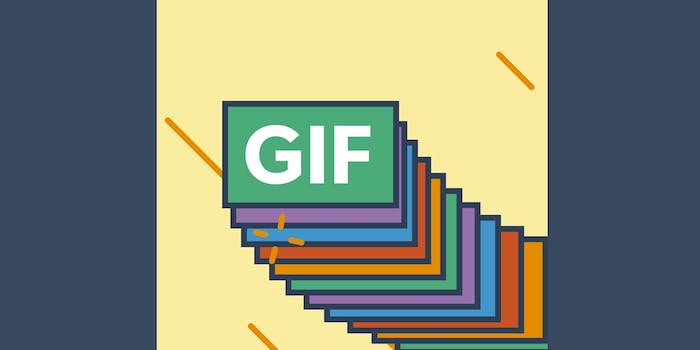 Tumblr's own posting interface will help you perfect the fine art of reacting to things.

Predecessors to the reaction GIF, like the mighty Michael Jackson “popcorn.gif” and the Orson Welles slow clap, will always have their place as important singular images among the reaction GIF pantheon. But these days, reaction GIFs are so plentiful that finding the perfect one can be like searching for a needle in a haystack. Sure, there are sites like Giphy that allow you to search for a GIF by mood—but on Tumblr, where reaction GIFs thrive, it can be hard to locate them. Sure, you could scan the reaction gif tag, or append “gif” to a search of that thing you like, but doing that every time you have a reaction (on Tumblr we have them a lot) is a complete pain.

But all that’s about to change.

Starting today, Tumblr will roll out GIF Search, a feature that will allow users to browse and search for reaction GIFs without ever leaving the post they’re writing. Tumblr users can look for an update about the change on Tumblr’s staff blog later today.

Users may not notice the new feature at first, since it will appear unobtrusively via the plus sign in the existing interface which allows them to add in posting extras like photos and videos. Now, next to those icons, they can choose the “GIF” icon to make the magic happen. It should look like this:

The change will also allow users who’ve created reaction GIFs to be notified whenever their GIF is used in someone else’s post:

In an email to the Daily Dot, Tumblr spokesperson Karen Shosfy noted that the change is “an easier way to turn the written language into modern moving images.”

“Reaction GIFs were invented on Tumblr, and now we’re baking them into our core experience.”

Between GIFsets, 3-D GIFs, click-and-drag gifs, and reaction GIFs, Tumblr has definitely refined the GIF as an art form and a participatory part of culture.

We’re excited to see Tumblr users take this new feature and put it to good use—probably one we never expected.