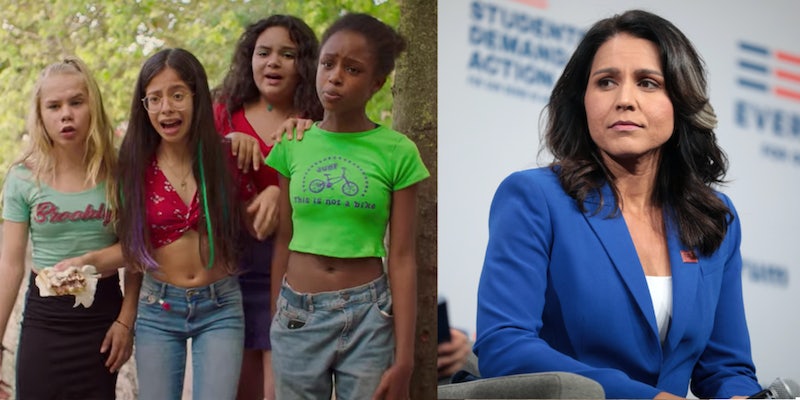 Rep. Tulsi Gabbard (D-Hawaii) has jumped into the seemingly never-ending fray surrounding the Netflix release of the film Cuties, a look at the hyper-sexualization of young girls through social media that has caused a major uproar among conservatives.

Cuties is a coming-of-age French film about an 11-year-old girl who joins a dance troupe as an act of rebellion against her conservative Muslim upbringing. The film first came under fire back in August, when Netflix’s marketing of it seemed to highlight the sexualization of children, despite the story being a critique of exactly that.

Many who had already seen the film, which wasn’t available in the United States until this month, defended it, and Netflix ultimately issued an apology for its poor marketing strategy.

But upon the film’s release on Netflix, calls to cancel the streaming service started up again, with an out-of-context clip from the film circulating across social media.

Gabbard’s denouncement of Cuties led to people online drawing a connection between the outcry and the QAnon movement, which has recently co-opted the hashtag #SaveTheChildren as part of its conspiracy that the Trump administration is secretly breaking up child trafficking rings run by high profile Democrats and Hollywood elites.

Sen. Ted Cruz (R-Texas) was met with similar responses after he shared a letter he sent to the Justice Department “to investigate whether Netflix, its executives, or the filmmakers violated any federal laws against the production and distribution of child pornography.”

On the flip side, conservatives are accusing people pointing out potential ties to QAnon of “defending pedophilia.”