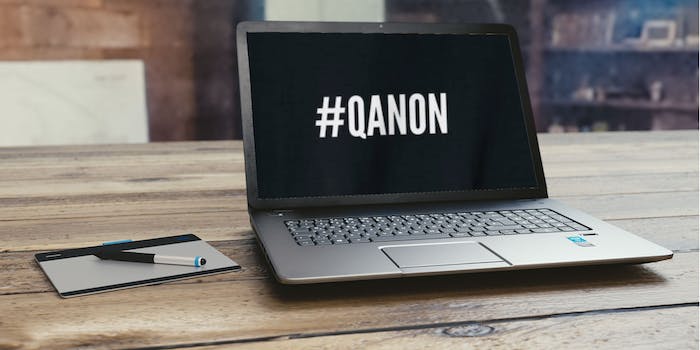 The alleged owner of qmap.pub refused to respond to the claim but praised the conspiracy.

A popular website frequented by followers of the QAnon conspiracy theory has shut down after the owner’s identity was allegedly revealed.

Qmap.pub, a site that reposts messages from Q that originally appeared on the imageboard 8kun, was visited millions of times each month by the conspiracy’s most ardent defenders.

QAnon or Q is the name given to a supposed group of high-level government insiders working alongside President Donald Trump to topple both the “deep state” and a Satanic cabal of child-trafficking cannibals run by Democrats.

The entity behind the website was previously known only as “QAppAnon,” but has since been identified as a man from New Jersey.

In a post Thursday from the fact-checking website Logically, a lengthy investigation that includes social media data and financial records appear to indicate that Qmap is run by a man named Jason Gelinas.

“The investigation ties QAnon properties to a company owned by Gelinas, an information technology specialist who has held prominent positions at both Credit Suisse and Citigroup,” Logically reports.

Reporters for Bloomberg News were able to locate the home address of Gelinas and questioned the man on his alleged ties to the site.

Gelinas went on to defend QAnon as a “patriotic movement to save the country.”

Not long after the confrontation, Qmap mysteriously went offline.

The movement has been linked to numerous instances of violence and is considered a potential domestic terror threat by the FBI.