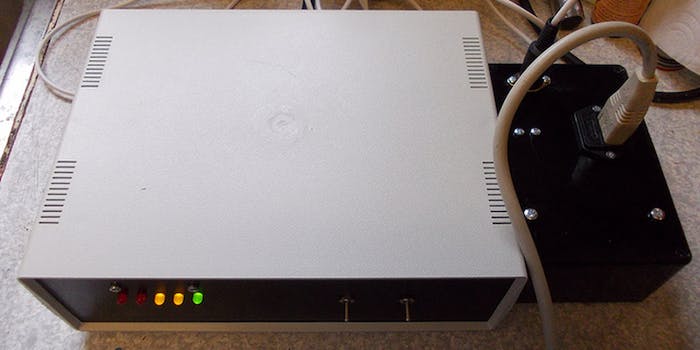 WNYC’s new Internet podcast checks back in on an early chatboard.

Alex Goldman once spent all his time in high school on M-Net, a text-based, bulletin board accessed by dial-up and specific to Ann Arbor, Mich. It was an early, local social network, a skeleton of a site that featured a chatroom called “Party” and a cybersex forum dubbed “Hot Chat.”

Goldman, a producer at WNYC’s new Internet podcast TLDR, released an episode about his early experiences on M-Net, featuring interviews with his dad (who complains about teenage Goldman tying up the phone lines), his friend Rex who he met on M-Net, and the site’s current sysadmin.

That’s right. M-Net is still up and running, though it’s basically an Internet ghost town. Goldman reads a sad forum contribution from a user talking to himself about the good old days. It’s an interesting look at the evolution of the Internet.

The podcast is a short, fascinating piece of nostalgia. Who could forget that dial-up sound?