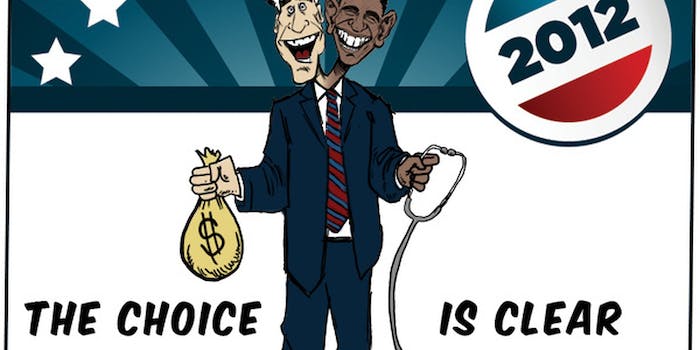 Commenters search for alternatives to the "same old, same old."

Do you feel like the choice between Obama and Romney is a question of “six of one, half a dozen of the other” (or, “frying pan, fire” if you prefer)? If the response to last night’s third-party candidates’ presidential debate is any indication, you are not alone.

Incidentally, that so many people don’t see too much difference between the two major-party candidates probably explains why an online search for the word “Robama” netted over 323,000 hits, plus 296,000 for “Obamney.” There were also 45,000 for the less-popular portmanteau “Rombama,” and 124,000 results plus the Googlenag “Did you mean: obamney” from a search for “Robamney.”

But the Obamney candidates were the only two allowed to participate in the official events sponsored by the Commission on Presidential Debates, whose mission statement says its goal is “to ensure that debates, as a permanent part of every general election, provide the best possible information to viewers and listeners.”

Hundreds of people live-tweeted the third-party debate or discussed it afterwards, especially on the hashtags #NowThatsADebate, #ThirdPartyDebate or #FreeAndEqual (a reference to the Free and Equal Elections Foundation, which sponsored the debate). Here is what you need to know based on last night’s Twitter trends.