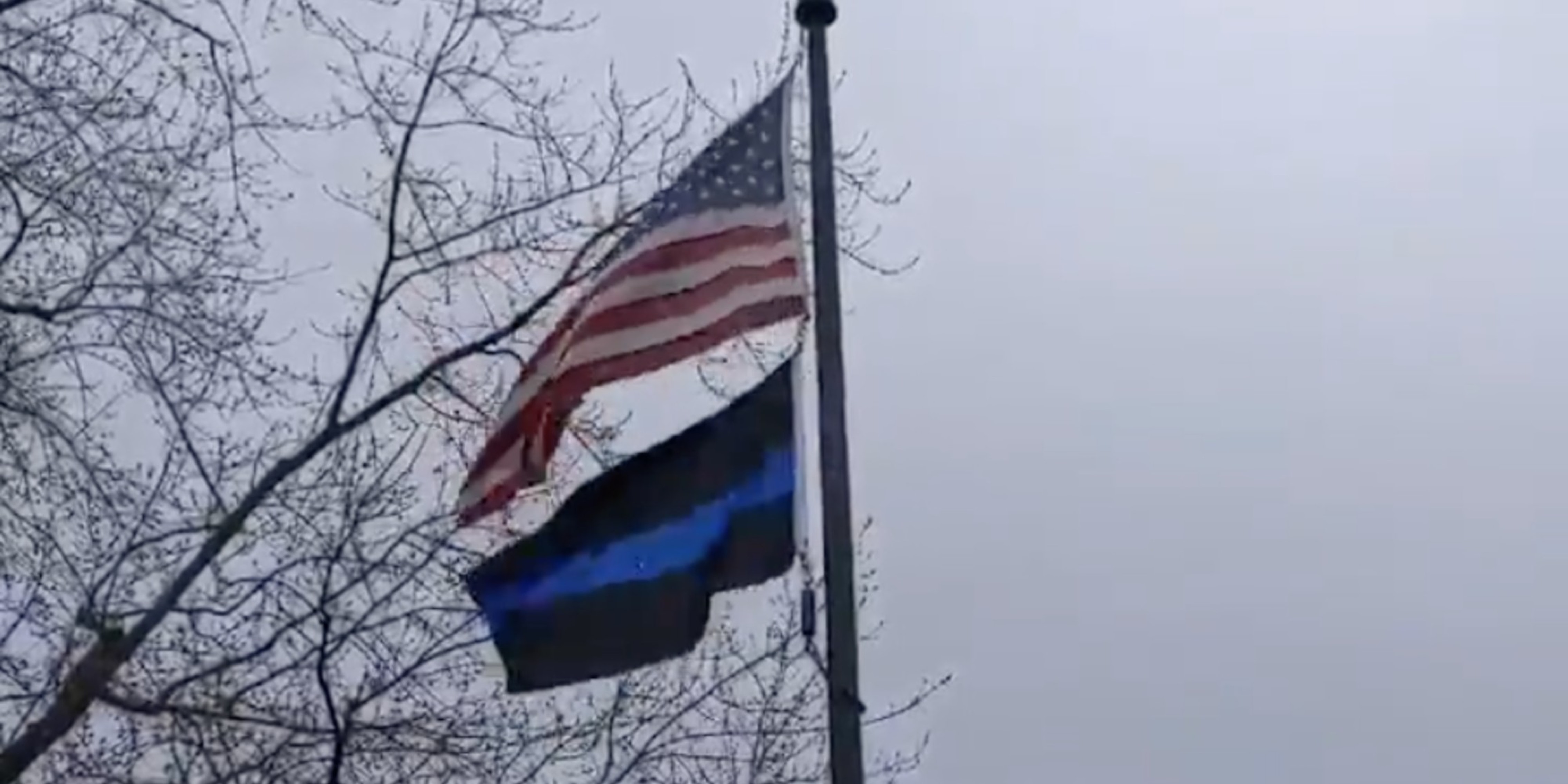 Police, though, did not put up the flag in the aftermath of Daunte Wright's death.

A “Thin Blue Line” flag seen outside of the Brooklyn Center Police Department in Minnesota is stirring controversy following the fatal shooting of Daunte Wright.

Protests erupted in the city on Sunday after the 20-year-old Black man was shot and killed by police during a traffic stop.

The shooting, which police contend was an accident after an officer allegedly pulled his gun instead of his Taser, took place just 10 miles away from the site of George Floyd’s death.

Tensions were heightened even further on Monday after local reporter Andy Mannix noticed the pro-police “Thin Blue Line” flag outside of the department’s station, the precinct where Wright was shot.

A black-and-white version of the American flag with a single blue stripe, the Thin Blue Line flag is heralded by police as a symbol of solidarity and pride in their profession. Critics argue, among other things, that the flag promotes division between the public and law enforcement.

Upon seeing the flag on Twitter, users expressed outrage over what they felt was an inappropriate display. One user even argued that the flag was a “declaration of war” in the wake of the fatal shooting of Wright.

“No shame. The opposite in fact,” another journalist wrote. “Pride, while standing over a 20-year-old human being murdered by their hand.”

But it remains unclear whether police recently put up the flag as many are claiming.

An image from Google Maps appears to show a dark-colored flag with what could be a blue stripe below the American flag outside of the station in 2019.

The Daily Dot reached out to the Brooklyn Center Police Department to inquire about the flag’s origins but did not receive a reply by press time.

Undoubtedly, an argument could be made that the flag’s presence is counterproductive given the growing distrust between the public and law enforcement. But it does not appear, as some have suggested, that the flag was put up by police in the aftermath of the shooting.