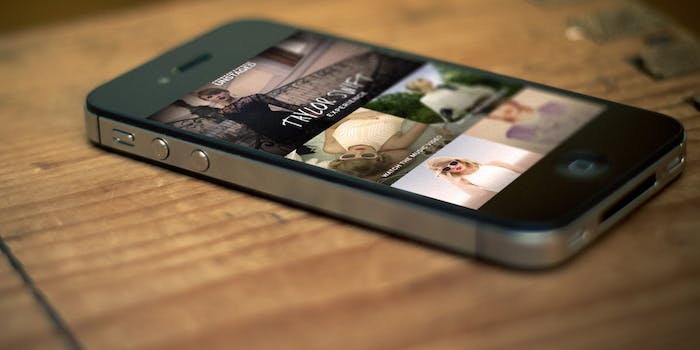 Since the release of 1989, Taylor Swift has been so ubiquitous it’s essentially like you’re living in her world. So it makes perfect sense that there’s now an app for her latest video, “Blank Space,” which turns it into an interactive video game.

The unfortunately named American Express Unstaged Taylor Swift Black Experience app, available for Android and iOS, lets fans literally tap into the video via different portals and offers a 360-degree view of the lavish mansion setting, so you can creep around the many rooms as the video plays, open doors, yell at a handsome model, and virtually pick up objects to potentially throw at your “next mistake.” You can embrace the crazy ex-girlfriend role right alongside Swift as she stabs a cake. This might actually be the best form of therapy ever.

There are also 41 Easter eggs to discover, many with personal ties to Swift herself, like a photo of her grandmother, who was a professional opera singer. Unfortunately, you can’t steal her cat, but Swift is letting her fans engage in some extreme #Taylurking here. You’ll never want to leave.

Lmao am i the only one who’s tapping everything 😂 #BlankSpaceExperience

@taylornation13 Thanks to the #blankspaceexperience I am getting introuble in every class for using my phone. #whatever

ME IF THIS IS ONLY FOR AMERICAN EXPRESS MEMBERS #BlankSpaceExperience pic.twitter.com/W3WyJPwJXn

With the release of 1989, Swift has made it all about her fans, and this is an interesting extension of that fandom. You can finally live vicariously through Tay. Could Swift be the next mobile game mogul, a la Kim K? We can only hope.

Photo via Johan Larsson (CC BY 2.0) | Remix by Jason Reed