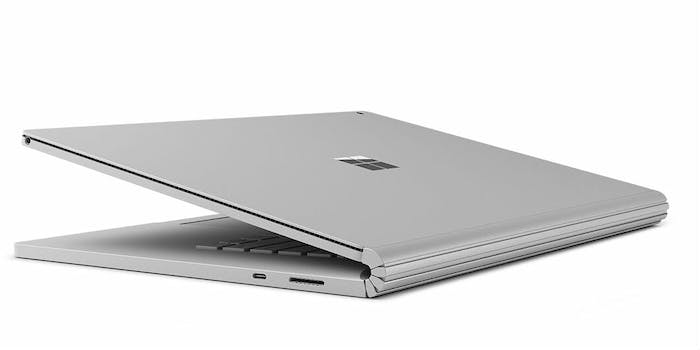 This is the flagship model's first major update in two years.

Microsoft began its war against Apple‘s MacBook Pro two years ago with the release of the Surface Book, an intriguing 13-inch 2-in-1 with a powerful base and detachable display that doubled as a tablet. On Tuesday, it finally unveiled a sequel: the Surface Book 2, a device similar in concept to the original but with several key improvements.

The Surface Book 2 is available in both the original 13-inch and a new 15-inch display size. Its design looks similar to the original model, with a silver Apple-like color scheme and display that detaches from the base instead of folding back like most other 2-in-1s. The fulcrum hinge holding the base to the display was redesigned to be sturdier, which will hopefully fix the original’s screen wobble issue. Sadly, it does nothing to address the awkward gap that forms between the lid and base when the laptop is closed. 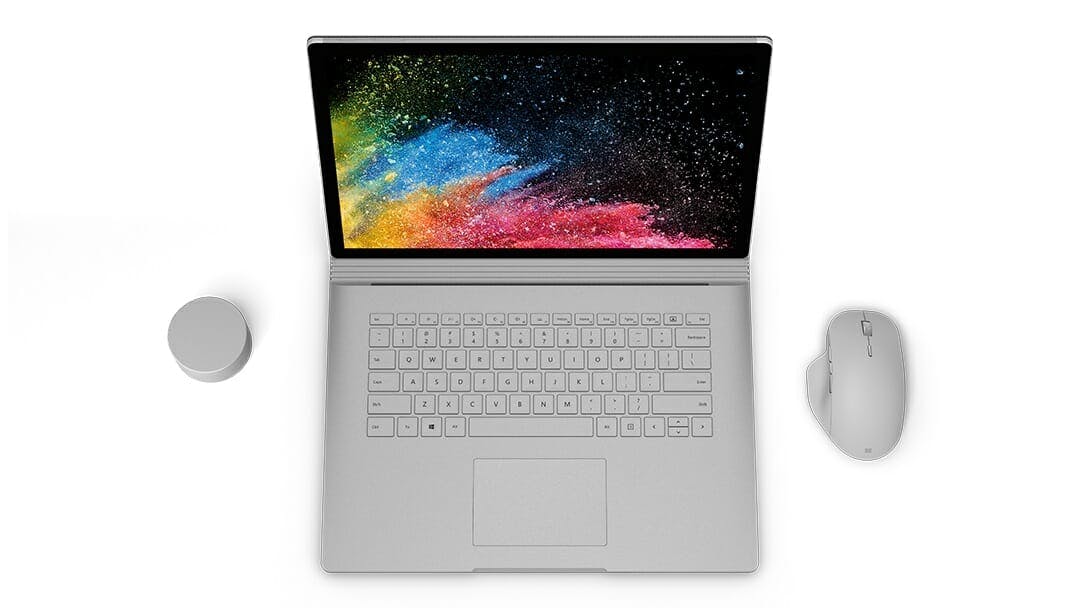 These devices aren’t the lightest in their respective categories. The 13-inch model starts at 3.38 pounds or 3.62 pounds with a dedicated graphics card, while the 15-inch model weighs 4.2 pounds. (Both are just slightly heavier than the MacBook Pro, which weighs 3 pouts at 13 inches and 4 pounds at 15 inches.) On the side, you’ll find a USB-C port and Surface Connect charging port. The laptop also includes two USB 3.1 ports, a full SD-card slot, and headphone jack. The keyboard is also new, with quieter keys and better travel designed for a more comfortable typing experience. It’s a shame Microsoft didn’t include the widely-supported Thunderbolt 3 port for charging and chose instead to fall back on its proprietary connector.

The Surface Book 2’s 3:2 display has always been the star of the show. The 13.5-inch screen on the smaller model has the same dense resolution of 3,000 x 2,000 pixels while the new 15-inch comes in at 3,240 x 2,160. Both predictably support 10-finger touch gestures. The refresh should also be significantly more powerful than its predecessors, with available 8th-generation quad-core processors that Microsoft claims make the Surface Book 2 twice as fast as the MacBook Pro.

Microsoft’s battery life claims are equally jaw-dropping. The company says both models will get 17 hours of battery life with the detached tablet lasting five hours on its own, a huge improvement from the original model. If those claims are true, the Surface Book 2 would be among the longest lasting devices on the market.

While the Surface Book 2 isn’t technically a gaming laptop, it still has the chops to play most modern games at a reasonable graphics setting, including those in Microsoft’s new Windows Mixed Reality. That’s thanks to the Nvidia GeForce GTX 1050 (2GB) graphics available on the 13-inch model and the GTX 1060 (6GB) available on the 15-inch. 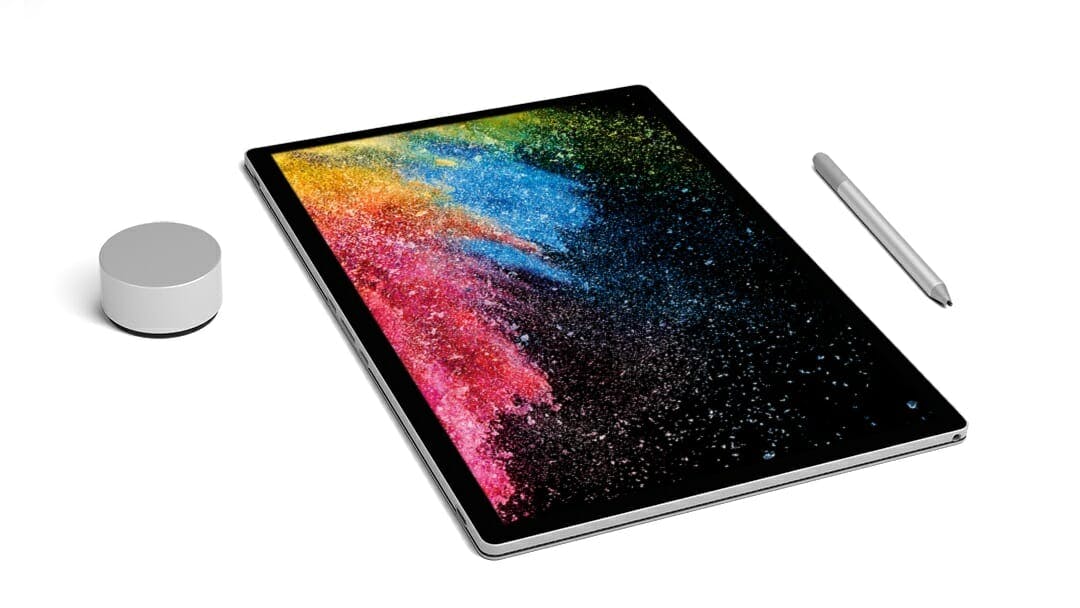 The Surface Book 2 offers a lot—a dedicated tablet, gaming prowess, and very high-resolution display—but all that comes at a steep price. The 13-inch model starts at $1,499 and only comes with last year’s 7th-generation i5 processor, integrated graphics, 8GB of RAM, and 256GB SSD. If you want the newer i7 quad-core processor and dedicated graphics, you’ll need to spend $2,000. The 15-inch model (which only has 8th-generation i7 processors) costs a staggering $2,500. Both machines will be available with 256GB, 512GB, or 1TB SSDs.

If you’re a fan of Microsoft hardware but don’t want to spend so much, you might give the Surface Laptop a look. The traditional clamshell device is one of the best-reviewed devices on the market and starts at just $999. There’s also the Surface Pro to consider, Microsoft’s 12.3-inch tablet with an optional keyboard. But if you want the most powerful laptop in Microsoft’s lineup that’s capable of running anything you throw at it, including most video games, then the Surface Book 2 is the 2-in-1 to save up for.

Pre-orders for the Surface Book 2 start on Nov. 9. It’s set to ship on Nov. 16, just in time for the holiday season.