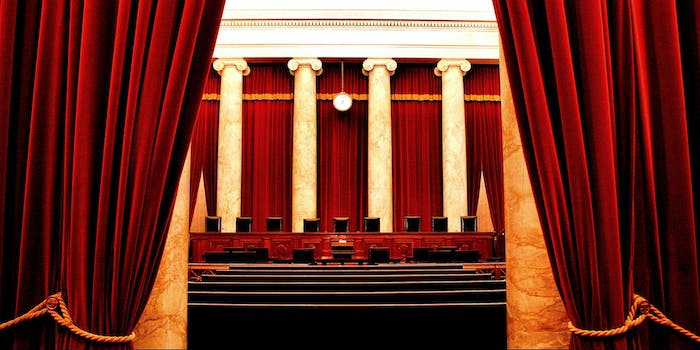 This algorithm might be more useful than SCOTUS. Too low?

Move over, SCOTUSblog. There’s a new Supreme Court forecaster in town, and it’s a computer algorithm.

Josh Blackman and his colleagues at South Texas College of Law have built an algorithm that correctly predicts Supreme Court rulings with 69.7 percent accuracy. The algorithm analyzes and evaluates Court cases since 1953, and it has proven surprisingly accurate at predicting how individual justices will rule in a given case.

“Our model has proven consistently accurate at predicting six decades of behavior of 30 Justices appointed by 13 Presidents,” Black writes on his blog. “It works for the Roberts Court as well as it does for the Rehnquist, Burger, and Warren Courts.”

Crucially, the algorithm is able to predict how so-called “swing justices” will rule, a feat that truly tests its predictive abilities. Many of the high-profile rulings issued by the current court, called the Roberts Court after Chief Justice John Roberts, have effectively been decided by the current swing justice, Anthony Kennedy.

Blackman is no stranger to Supreme Court watching. He founded the online prediction game FantasySCOTUS back in 2009. It is now part of the nonprofit Harlan Institute, which encourages high school students to learn about the law. In his recent blog post, Blackman noted that the game has “over 20,000 players who make predictions about how the Justices will decide cases.”

Now that Blackman has an algorithm on his side, he’s hoping to make a name for himself in his own league. He plans to host a tournament pitting the algorithm against FantasySCOTUS players.

“What IBM’s Watson did on Jeopardy!,” he writes, “our model aims to do for the Supreme Court.”