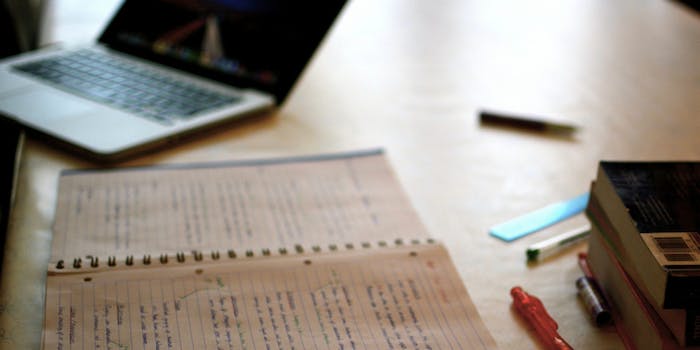 It's better than downing gallons of energy drinks every week.

I not-so-fondly remember the days when I alternated between five-hour energy drinks, pots of coffee, and sleeping pills in order to achieve the right combination of alertness and sleep during finals week. I would reach a sort of jittery, sluggish mania that would require days of product purge before I’d return to normal.

Now, stressed-out students can simply zap their brains into submission.

Thync, the brain-altering system that uses electrical stimulation called “Vibes” to help you achieve certain states of being, released more information about how the students in its test groups have been using its product. The last time I spoke with Thync, the company told me that students using the device during finals week made a up a significant portion of its initial trials.

Last week, Thync released more of the results from these trials, and they suggest that students are seeing benefits to incorporating Thync into their routine.

We asked a group of 14 college students in the Boston area to take a two-pronged approach when gearing up for finals. They used Thync Calm Vibes to help combat stress and Thync Energy Vibes to stay alert while studying for finals.

While some students only used Energy Vibes (one mentioned she didn’t need any “relaxation during finals studying”), most students found that using Energy Vibes and Calm Vibes helped them to stay alert and study longer, while also decreasing their level of stress. This formula led to a better studying experience for 13 of the 14 students, who reported feeling more focused when studying for finals.

Students said that Thync lowered their stress levels and helped them focus more than they usually found possible.

Thync and at-home brain-altering companies continue to face skepticism. The very nature of mood manipulation raises some eyebrows, as does the idea of sticking a couple of electrodes to your head and firing up a brain-shocker with your iPhone. Combine those fears with the general anxieties surrounding 22-year-olds doing anything risky and it’s easy to see why many people urge caution. Nevertheless, electrodes shouldn’t scare us any more than other college study aids of choice like Adderall and Ritalin.

Will Thync give these drugs some competition? Its product may be too expend for a student to comfortably afford, but then again, so are prescriptive drugs.