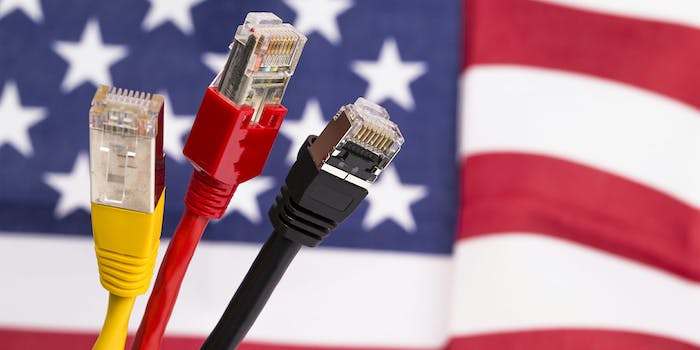 Here are the states with the fastest internet speeds

Montana ranked lowest on the list. How does your state fare?

Want to know how your home state’s internet compares with that of the rest of the nation? Website BroadbandNow.com has collected and organized data from the FCC in order to determine precisely which states have the best internet coverage. The winner: New Jersey.

In general, the East Coast dominated when it comes to broadband speeds (defined as 25 Mbps down and 3 Mbps up). Connecticut, Rhode Island, New York, and Massachusetts rounded out top five on the list. Both New Jersey and Connecticut have broadband coverage across 99 percent of their states, but in the former, the average speed is 52.0 Mbps versus 41.8 Mbps.

If you’re surprised, here’s how BroadbandNow determined its best internet coverage rankings. The site uses data from the Federal Communications Commission (FCC) (Form 477), which is released twice annually. That information is then cross-referenced with “private data sets and coverage filings sourced from providers directly.” This reportedly helps BroadbandNow create coverage maps that are more detailed and more accurate than the FCC’s mapping tools.

Interestingly, Hawaii also cracked the top 10 (at spot No. 7) with 96 percent of the state covered by broadband at a speed of 22.5 Mbps, and California came in ninth, with 94.5 percent coverage and average speeds of 29.0 Mbps. Texas came in 30th, with speeds of 46.9 Mbps but only 86.9 percent coverage statewide.

At the bottom of the list: Montana, which ranked lowest in terms of both coverage and speed. The state had an average speed of 20.3 Mbps, and 69.2 percent coverage across the state. Mississippi, Arkansas, and Oklahoma also ranked among the lowest, as well.

According to FCC data released earlier this year, in general, 92 percent of Americans have access to broadband. That number slides to 68.6 percent when you look at rural areas alone, however; 24 million Americans lack access to high-speed terrestrial broadband.