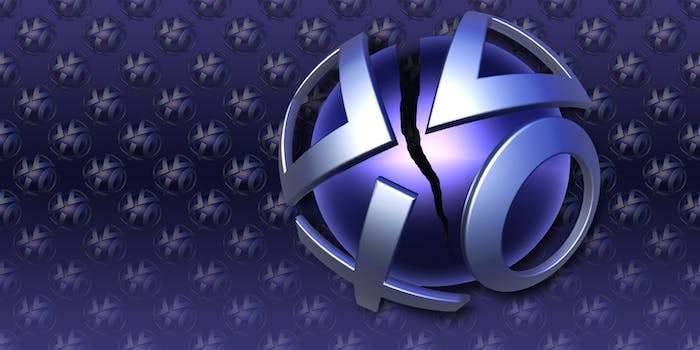 Sony breaks its silence on the Lizard Squad network attacks

Sony made a rare statement on the DDoS attacks that took down the PlayStation Network on Christmas.

You can tell a company is in serious trouble when they break their code of silence.

Catherine Jensen, the vice president of consumer experience at Sony Computer Entertainment of America, issued a statement on Saturday that makes it clear PlayStation Network had been under a distributed denial-of-service attack. ”The video game industry has been experiencing high levels of traffic designed to disrupt connectivity and online gameplay,” Jensen states.

That’s a succinct, layman’s definition of “DDoS attack,” and it’s much more than either Sony or Microsoft usually share in the face of these DDoS assaults.

For example, even in the face of mainstream media coverage on the DDoS attacks launched by cyberattack group Lizard Squad against PlayStation Network and Xbox Live on Christmas Day, as recently as Saturday morning the AskPlayStation Twitter account was still playing the situation off as if Sony had no idea what was going on. Even though pretty much everyone knew what the story was.

We're aware that some users are experiencing sign-in issues on PS4 and PS3; engineers are investigating the cause.

When Lizard Squad launched a previous assault on PlayStation Network with the intent of sending a warning about the impending Christmas attack, Sony didn’t acknowledge the incident as a DDoS attack even as Lizard Squad made it clear on Twitter who was responsible for the outage.

PSN update: we are aware of the issues some users are experiencing, and are working to address them. We'll keep you updated.

“As you probably know, PlayStation Network and some other gaming services were attacked over the holidays with artificially high levels of traffic designed to disrupt connectivity and online gameplay,” states an update at the top of Jensen’s post. “This may have prevented your access to the network and its services over the last few days.”

“If I was working [at Microsoft or Sony] and had a big enough budget, I could totally stop these attacks,” a Lizard Squad member under the alias of Ryan Cleary told the Dot. “I’d buy more bandwidth, some specific equipment, and configure it correctly. It’s just about programming skill. With an attack of this scale, it could go up to the millions. But that’s really no problem for Sony and Microsoft.”

Perhaps Sony was willing to be more forthcoming than usual to make absolutely sure that all the angry parents with children crying about their inability to get online, or the angry adult gamers who shelled out for a new PlayStation 4, knew for darned sure that the PS4 hardware itself wasn’t responsible for these issues. The Daily Dot asked Sony for comment as to why it decided to acknowledge the specific cause of the outage this time, and did not hear back as of publication time.

Regardless of whether it was because of those economic concerns or all the mainstream media attention, the fact that Sony chose to discuss the situation at all still punctuates how badly the PlayStation Network suffered under Lizard Squad’s DDoS assault.

PS4 users: If you are still having issues signing in to PSN today, please reboot the console and try again.