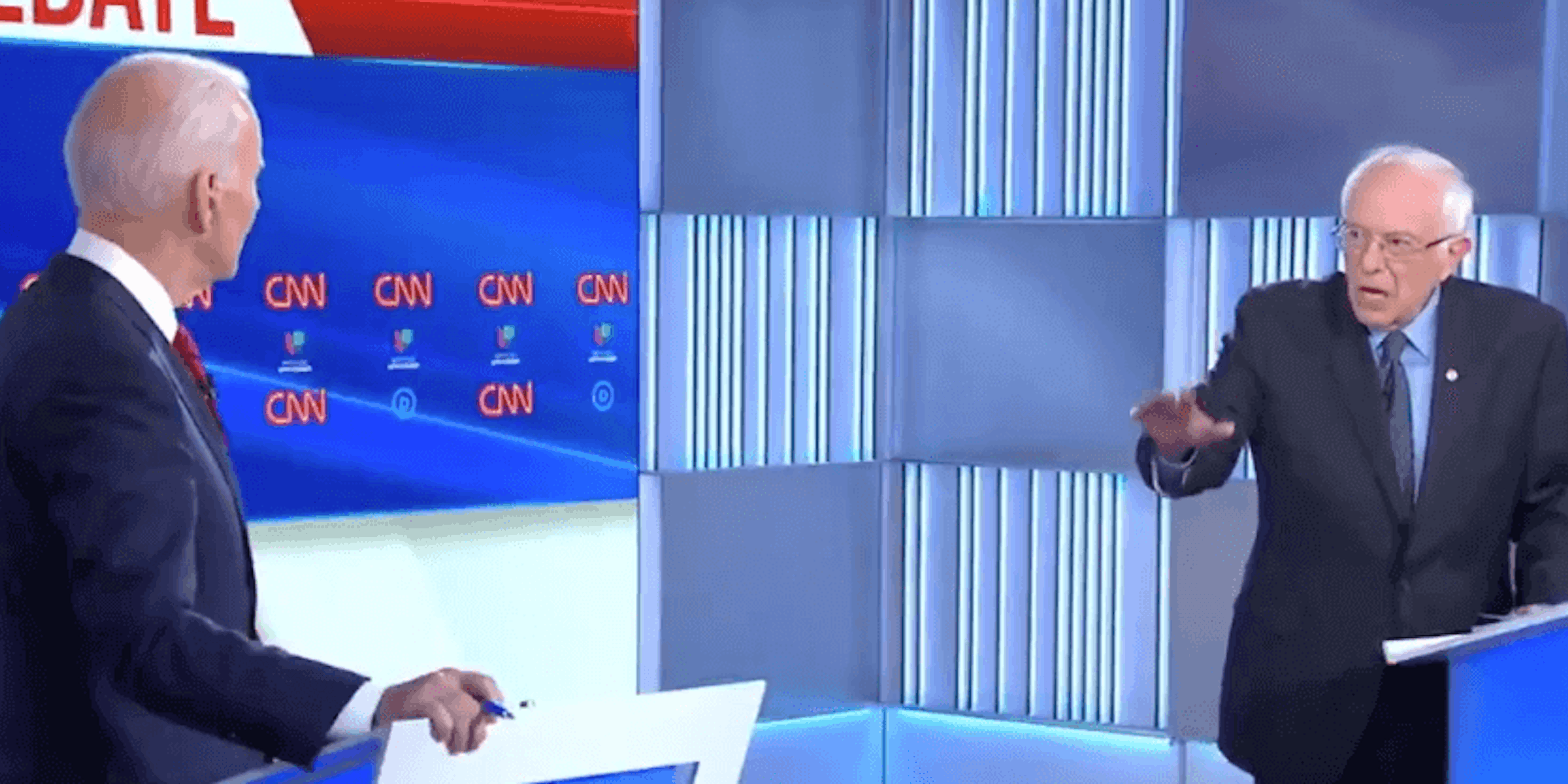 Bernie Sanders tells America to ‘go to the YouTube’

It's where the youths are.

Sen. Bernie Sanders (I-Vt.) directed Americans to ‘go to the YouTube’ in a response at the Democratic debate on Sunday.

The two candidates that remain in the Democratic primary spent tonight on the stage bickering over past decisions and statements. One pertained to entitlement programs like Social Security. Sanders accused former Vice President Joe Biden of wanting to cut spending towards these programs. Biden denied the claims.

People on Twitter jumped on the phrase. It’s now trending.

“WE ARE ONCE AGAIN ASKING YOU TO GO TO THE YOUTUBE #DemDebate,” @People4Bernie tweeted.

“Dear lord someone please make me a Bernie 2020 shirt that says ‘go to the youtube’,” @verysadfoodgirl tweeted.

Some on Twitter note how the exchange reflects on the two candidate’s age.

“Biden: how do i open pdf