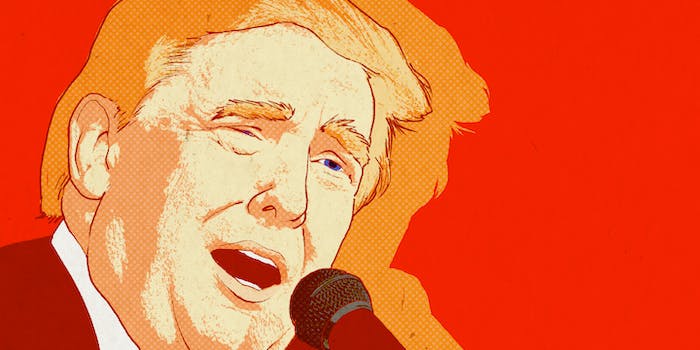 America's first black president cannot and will not be succeeded by a hatemonger who refuses to condemn the KKK.

Is this the 1st time Clinton retweets Sanders? pic.twitter.com/QIIRJnwNdI

Trump’s comments—he said he doesn’t know enough about the KKK and David Duke to disavow them—made waves immediately. But the Clinton-Sanders retweet amplified the controversy, a sign of a united Democratic front against the increasingly likely Republican nominee.

Tuesday, March 1 marks the next big sweep of primary votes. A dozen states will cast ballots on “Super Tuesday,” marking a defining moment that will set the tone for the rest of the 2016 campaign.