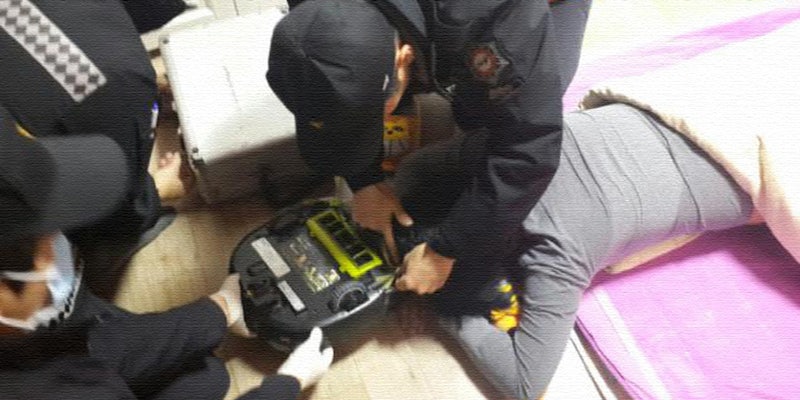 A robot vacuum tried to eat its sleeping owner’s head

The fire department was called in to rescue her.

The future of robots is simultaneously thrilling and terrifying. For every mental image of sweet Wall-E, there’s one of Terminator‘s invincible red eye. Will our robotic overloads be task-oriented, adorable, and friendly… or will they try to murder us in our sleep?

Well if you believe the latter, then the future is already here! A 52-year-old South Korean woman was brutally attacked by a robot vacuum, and the fire department had to be called in to rescue her. 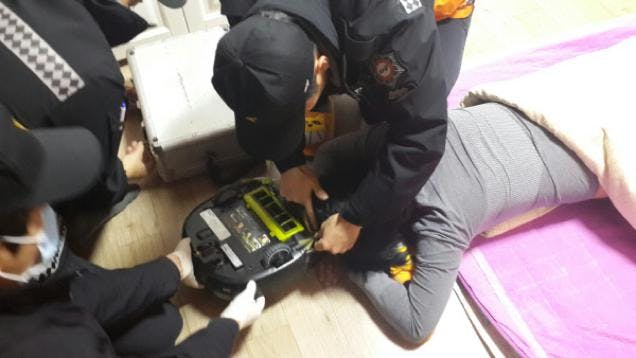 The woman’s Roomba-esque device was doing its thing, vacuuming the floor, when it happened upon her sleeping body. In the robot’s defense, a pile of hair on the floor could easily be mistaken for trash of some sort. My own floor contains enough of my shedding that you could make a quilt out of it.

So, you know, this isn’t entirely the robot’s bad.

Still, it would be horrific to wake up with a metal mouth trying to suck your skull into its garbage-filled body. The woman, who was home alone, called for emergency help and the fire department soon showed up to free her from her robot maid’s clutches.

We’ve learned a lot here today. 1) If there’s any hair on your floor, the Roomba’s got your back. 2) If you have a Roomba, sleep with one eye open. Or just not on the floor. Maybe get some cinder blocks for that mattress.

The robotic vacuum cleaner that got tangled in the hair of a woman from Changwon, South Korea is not an iRobot product. The safety of our customers is paramount for iRobot, and all of the company’s products undergo strict development processes and testing before going to market. This includes safety mechanisms in Roomba that deactivate its cleaning system when it is not placed on the ground.