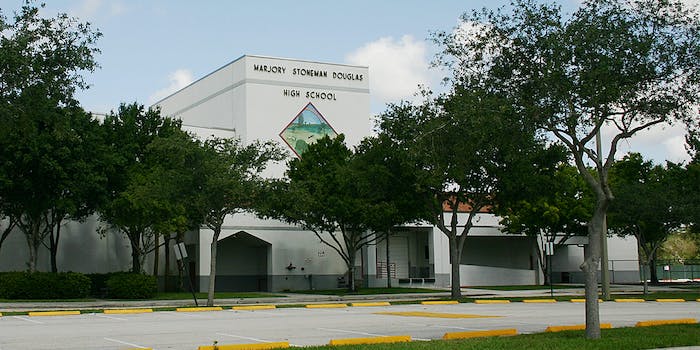 It always comes back to Obama.

Parkland shooter Nikolas Cruz was referred to a diversion program in middle school after vandalizing a bathroom, according to a new report.

WLRN learned from two school officials that Cruz was recommended to serve three days in the PROMISE program, although it appears he did not ever attend.

Previously, Broward County School Superintendent Robert Runcie denied that Cruz had ties to the program, which is designed to reduce the school-to-prison pipeline for offenders who commit arrestable offenses as juveniles.

“Let me reiterate this point,” Runcie said in an interview last month. “Nikolas Cruz, the shooter that was involved in this horrific accident at Marjory Stoneman Douglas, had no connection to the PROMISE program.”

Detractors of the program are furious that the school district did not admit Cruz’s involvement until now.

The Broward School District repeatedly lied to parents, students, and to us when NRATV questioned them whether the Parkland murderer was in the Promise Program. He was. The school and Sheriff Israel — who championed this program — are liable. https://t.co/8jMlK2BMJ3

Tracy Clark, a spokesperson for Runcie, defended the superintendent’s past statement, saying he was referring to Cruz’s time in high school.

Clark also said that though Cruz attended an intake session, records show he did not complete the three-day program.

It is not clear why he did not ever attend.

I was repeatedly told that the Parkland shooter was never in the Promise Program I was asking questions about. Now it turns out that in fact he was. https://t.co/q1JTbDXoU3

In the wake of the shooting, the PROMISE program became a target of conservatives for its focus on rehabilitation instead of discipline and some dubious ties to former President Barack Obama.

The program “is an initiative designed to address the unique needs of students who have committed a specific non-violent behavioral infraction that would normally lead to a juvenile delinquency arrest and, therefore, entry into the juvenile justice system.”

From the Washington Times:

Under Superintendent Robert W. Runcie, who worked for Obama Education Secretary Arne Duncan in the Chicago Public Schools, school-based arrests dropped by 63 percent from 2012 to 2016 after he implemented policies designed to derail the “schoolhouse-to-jailhouse pipeline.”

But the approach also helped keep Cruz off the law-enforcement radar despite school-based offenses that reportedly included assault, threats and bringing bullets to school in his backpack.

Many believed it helped prevent Cruz from being disciplined in a way that would have prevented him from opening fire and killing 17 people.

You know what's not reasonable? Not using the security funds for security and deceiving the victims families on Cruz's referal to your Promise program. https://t.co/c0VxPwBRZZ

Was Nikolas Cruz, the man who killed 17 in a rampage in a Parkland, Florida high school, put into a deferred-action program called PROMISE after committing earlier offenses?… https://t.co/eakHdmR4Ev

However, the ties specifically to the Obama administration are specious. While Obama launched a new set of initiatives around school discipline in 2014, the Broward Country PROMISE program was launched in 2013.