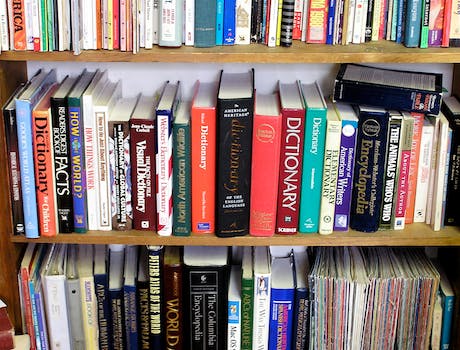 17 English words you can still use as your Twitter handle

Here's a look at some tasty options along with what those words actually mean. (Don't blame us if they're snapped up by the time you try to grab 'em.)

Any time there’s new service on the Internet, it’s a landgrab for the best usernames.

Many of the good ones are snapped up quickly, like @blanket or the names of countries. Many shorter and common words are gone.

However, if you’re looking to switch your Twitter handle to something a little better or have yet to join up, there are still many, many plain English words you can adopt as your username.

A Verge forum member created a script to run a word list against a list of English words. He discovered there are more than 200,000 such handles still available. While user red_hare admitted that some of the words are false positives (you can’t grab @join, for instance), there are lots of good options for you to choose from.

Here’s a look at some tasty options along with what those words actually mean. (Don’t blame us if they’re snapped up by the time you try to grab ’em.)

A hockey term referring to a penalty incurred when a player hits an opponent with the top of their stick. Also, it’s funny because “butt.”

Literally, to strike with awe. If you were to awe-strike someone, it follows that you would be awesome.

An archaic term for any disc “used to store visual images and sound.” Seems like the kind of handle you’d want if you live in Williamsburg and are just moving from VHS to DVD.

Older term for “alligator.” If that’s not a completely awesome Twitter handle, I don’t know what is.

To freeze over. With this handle, you can pretend to be Iceman all day. I know I would.

To be decorated with stars. Not only is that inherently something everyone should want, it relates to Twitter’s “favorite” function, where someone can star your tweets if they like them.

If you’d like to tell potential followers straight up that you the most brazen cat around, this is the handle for you. It could also work if you like to pretend you’re made of brass.

Are you a meat eater? Here’s how to let the world know of your propensity for beef, pork, or lamb.

A chroma key is the method of layering “two images or video streams together based on color hues.” Think green screens or blue screens. One for film nerds.

The British and American spellings are both available of this verb, which means to carry out missionary work. Obvious grab for someone carrying out humanitarian work.

To turn a liquid into a fine spray. You might use it as a metaphor for being everywhere.

Just one way to stand up to fascism.

A tall, four-sided chunk of stone, usually like a monolith. Use if you like to be respected and admired.

Someone who fires a pop gun. Seems like a better hobby to have than hanging out on Twitter all day, in all honesty.

Easy choice for a handle if you’re into psychic research.

If you’re interested in snakes, here’s a handle for you. A serpentarium is a zoo or reptile park specializing in the scaly creatures.

Recommended if you’re British or are otherwise just fond of tea.