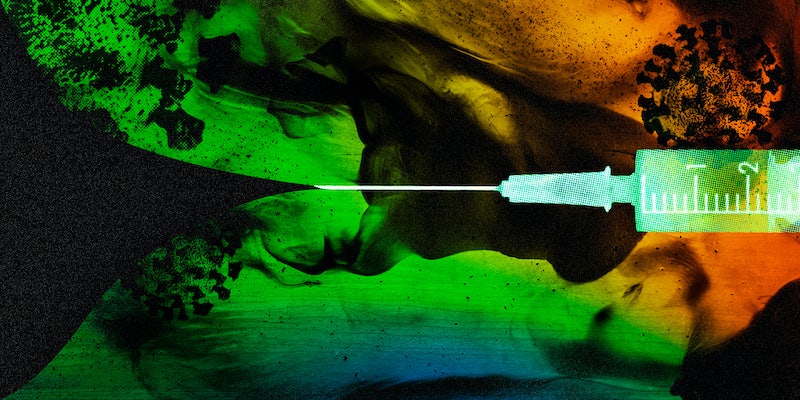 For months anti-vaxxers claimed they wouldn't get the shot due to a lack of full approval from the FDA.

Anti-vaxxers are having to come up with new excuses for refusing the COVID-19 shot after the FDA fully approved the Pfizer-BioNTech vaccine on Monday.

For months, anti-vaxxers relied on claims that the COVID vaccine was unproven and “experimental” as reasoning for turning it down. The vaccine had previously been granted Emergency Use Authorization.

But with the Pfizer shot now fully approved, anti-vaxxers have adopted a new talking point: the approval from the FDA cannot be trusted.

Pastor Greg Locke, a prominent religious leader and conspiracy theorist, told his more than 109,000 Twitter followers that the approval was motivated only by money.

“The Pfizer FDA approval is nothing but a massive money move,” Locke tweeted. “THAT’S IT!! It doesn’t make it safer it only allows them to mandate more lies and propaganda.”

Others stated that they would still rather rely on their own immune system than the now-approved vaccine.

“The Pfizer vaccine has been approved by the FDA. Ok,” @youngbiafra said. “I have a great immune system, so there’s no need for me to take it. I’m good.”

A former staffer in President Donald Trump’s White House said that the approval was political in nature and not backed by science.

“This is what caving to political pressure looks like,” Peter Navarro wrote. “Pfizer vaccine is leady and non-durable and risks are mounting. If we had tried to pulled this kind of sh**T in the Trump White…fill in blank. F.D.A. Grants Full Approval.”

In reality, more than 204 million doses of the Pfizer vaccine have been administered in the U.S. The FDA says it analyzed “hundreds of thousands of pages” of vaccine data from over 40,000 trial participants.

“While millions of people have already safely received COVID-19 vaccines, we recognize that for some, the FDA approval of a vaccine may now instill additional confidence to get vaccinated,” Woodcock said.

Many on Twitter were quick to point out the hypocrisy from anti-vaxxers, who clearly never actually cared about the vaccine’s approval status.

“So the Pfizer vaccine is now fully approved,” @realStanVG wrote. “For those of you who used the excuse that the vaccine was not approved for not getting vaccinated, where do you stand now? Was that really your concern or was that a fake argument?”

“FDA approves Pfizer vaccine, so get ready for a whole new set of batshit crazy excuses from people who don’t give a shit about making others sick,” @steveagee said.

The approval comes amid an uptick in infections due to the highly contagious delta variant. And while some breakthrough cases have been seen among the vaccinated, nearly all deaths and hospitalizations caused by the disease have been among the unvaccinated.