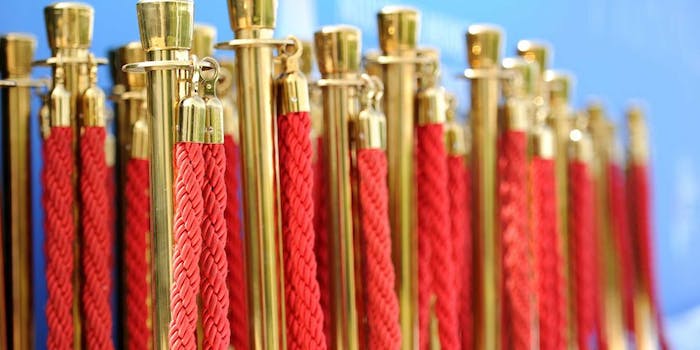 Which social network offers the best perks to its VIPs?

They're not showing off those blue check marks for their health!

Everyone knows that famous, important people are more famous, and more important than the rest of us. They are more beautiful, talented, and richer than we are for a reason! And being the superior humans that they are, they enjoy a life full of things we cannot. These things are called perks, and they are vast.

Perks don’t only come at the hands of Hollywood producers, indulgent fans, or enamored paramours, though. Sometimes they come from social networks. The likes of Twitter and Facebook aren’t able to resist their perfection either.

Case in point, Buzzfeed just unearthed yet another thing special users get that we don’t. A new featured called “pinned tweets” is available to “select high-profile users” (and paying ones, too). Pinned tweets lets you (haha, not you as in you, obviously!) pin specific tweets to the top of your feed.

In light of the new feature you and I can’t use (unless you are way, way cooler than I can ever hope to be and are verified/Twitter elite), let’s recount what perks the social networks are giving to “high profile users” and assign them jealousy-based grades.

Twitter gives so much digital swag out to VIPs that it’s easier to just list it. In addition to pinned tweets, verified users get:

This is what Twitter proper doles out, of course. Plenty of brands out there will send you free crap or invite you to stuff in the hopes you might tweet about it. Or this… whatever this is.

B-: All of these Twitter built-in features fall somewhere between meh and moderately cool. But there are undeniable benefits to that blue check mark.

Klout was recently acquired, but that doesn’t mean the scoring game is over. The controversial service has been the subject of much criticism because it actually puts a number next to your name, assigning you a social media score… which is equal parts sad, disgusting, and honest.

There have been glorious tales of the things that a high Klout score can get you, like, say, the American Airlines first class lounge. Or perhaps, a round trip to Toronto. Special access to NFL players, and tickets to games to boot. Or the chance to test drive an Audi, or a Chevy Sonic. Or a laptop. Or a Nike Fuelband.

If you want some motivation/depression material, just head to Klouts perks page.

A+: I once used my Klout score (60, what what!) to get a pack of customized Moo business cards. I also found out today I’m eligible for $5 off a 20-piece McNugget meal (are those more than $5!?!?!!). But everything listed above is way better and yes, if my score were high enough, I would in fact redeem it for any of those.

According to a report last year, Facebook gives celebrities incentives like professional photo shoots, and advice on how to increase their presence.

There have also been rumors Facebook is working on a celeb-only app.

You also get to have a crazy fun name if you want! So what if your god-given name isn’t Dr. Kiki (hers is Kirsten Sanford, but Facebook doesn’t care, she’s high profile)? Facebook will allow it to be so.

C: I do want to see this celeb-only app, but mostly because you’re hiding it from me. A professional photo shoot sounds terrifying; I already cower when my friends bust out their phones.

You become Yelp Elite when you’re the type of person who walks into one of those Starbucks that’s inside a grocery store and then logs into Yelp to review it.

Yeah, you should probably sign up for Yelp Elite, because there are some perks. For instance, there are events specifically for Elite Yelpers that include free drinks and food (I went to one once, it was great: I got free Yelp sunglasses, had four free drinks, sampled free food from four local restaurants, and got a free back rub!).

Basically, the perks come courtesy of local vendors that want you to write nice things about them online.

A: Eating and drinking are really good incentives to get anyone to care about a useless status.

You can do better than that, Pinterest. How about some free mason jars?