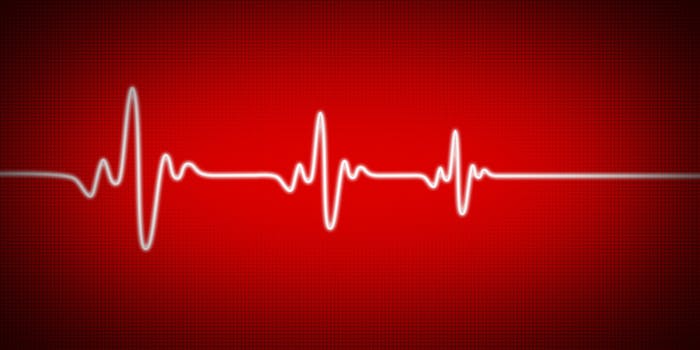 Less time than you probably think.

Orlando’s Pulse nightclub is now the site of the deadliest shooting in U.S. history after an armed shooter opened fire on the gay bar Saturday night, killing 49 people and injuring 53 more. Six remain in the hospital in critical condition.

Since the horrific tragedy took place, the world has rallied behind the victims and expressed outrage at the shooter. Twitter users have been sharing stories of the victims, sending their condolences to their families, and pushing Congress to finally take a stand on gun control using the hashtags #WeAreOrlando and #OrlandoUnited.

But how long do mass shootings stay a topic of social media discussion? When does a heartbreaking tragedy like Orlando become just another news story?

To find out, the Daily Dot consulted Spredfast, a social media management firm that tracks online engagement. Spredfast compared tweet data following the Pulse shooting to previous national tragedies, including the attacks in San Bernardino, Brussels, Paris, and Charleston, all of which occurred within the last year.

What we found was that in every single incidence of mass violence, the social media discussion drops off significantly within two to three days after the initial attack. The following graphs, which we compared with Google Trends data, were provided exclusively by Spredfast.

On November 13, 2015, 130 people were killed in a series of coordinated strikes in Paris, including an attack on an Eagles of Death Metal concert at the city’s Bataclan concert hall. Another 368 victims were injured. In the nine days following the shooting, Twitter users logged 4.8 million tweets, but the bulk of the conversation wrapped within two days of the tragedy.

Google Trends: Conversation about the Paris shooting peaked on November 14, but just three days later, searches for the topic crashed. Interest level dropped to a level 6 by Nov. 17. For reference, current searches for “lattes” on Google rate a 58, while “kale” nabs a 72.

A white supremacist murdered nine black congregants at South Carolina’s Emanuel African Methodist Episcopal Church on June 17, 2015. Spredfast found that after peaking at more than 200,000 tweets on June 18, the volume of conversation plummeted by the following day, down to around 20,000 posts on the service. Just nine days after the shooting, conversation on Charleston was almost nonexistent.

Google Trends: Search interest in the attack reached its apex on the day of the attack, which took place on a Thursday. By the end of the weekend, search levels had fallen to a 16 score.

On Dec. 2, 2015, a couple gunned down 14 people at the Inland Regional Center in San Bernardino, California. Spredfast shows that hours after the killings, more than 120,000 people tweeted about the tragedy, but there was a steep drop in the tweet count by the following day, down to around 10,000. After two upticks in interest over the weekend, social interest in the shooting fell off by Saturday, Dec. 5.

Google Trends: Google indicates that search traffic for the San Bernardino shooting plummeted in just two days. By the Saturday following the attack, search interest had fallen from 100 to 12. Exactly a week later, it reached a 1.

Three coordinated bombings in Brussels, Belgium, rocked the Internet on March 22, 2016, brutal killings for which the Islamic State would later take responsibility. Thirty-two people were murdered and over 300 were injured. The Twitter data for Brussels is unusual in that there are several upticks in conversation on Twitter within a short span, but after peaking with 170,000 tweets, social interest in the bombing waned within two days.

Google Trends: Although there’s a sharp drop off in interest 48 hours after the attack, Google Trends data didn’t drop below 10 until Saturday, four days later. Search levels eventually reach a 1 by March 31.

What about the current shooting? The amount of posts about Orlando reached massive levels over the weekend—with 800,000 tweets about the horrific attack on Sunday. By Monday, that volume fell to an estimated 100,000 tweets, which is still a sizable number. After two subsequent boosts in discussion over the following two days, conversation eventually dropped off on Wednesday.

Google Trends: The search engine can only provide data between Sunday, June 12 and Wednesday, June 15, as of this writing. On Tuesday, interest levels in the Orlando attack had fallen to 26, while it was back up at 38 the following day.