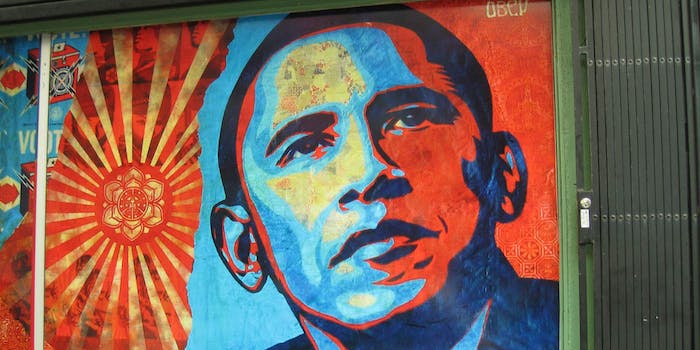 The Obama administration’s Change.gov website was down earlier this month, and the timing could not have been worse.

Change.gov was launched by the president’s transition team following his election in 2008. It laid out Obama’s plans and promises for his first term in office. Regular updates to the site ended in 2009, after Obama took office and gained access to Whitehouse.gov.

But with Edward Snowden’s revelations about National Security Agency spying programs and Bradley Manning’s trial for sharing secret documents with WikiLeaks dominating the news, Change.gov suddenly became relevant again: It’s where Obama had posted his promises about protections for whistleblowers.

Barack Obama will strengthen whistleblower laws to protect federal workers who expose waste, fraud, and abuse of authority in government. Obama will ensure that federal agencies expedite the process for reviewing whistleblower claims and whistleblowers have full access to courts and due process.

That passage, along with the rest of the site, disappeared sometime after June 8, according to the Internet archive. Change.gov was restored this week, but not before speculation spread that the administration had intentionally wiped the site to save Obama from embarrassment on the whistleblower issue.

A blog post to that effect by the Sunlight Foundation’s John Wonderlich went viral, and the idea that Obama’s whistleblower promises had been deleted spread on Reddit and elsewhere.

The controversy apparently prompted the administration to restore Change.gov.

“This site’s content was inadvertently blocked during some routine maintenance, and has now been unblocked again. No content was deleted or modified,” a White House spokesperson told the Daily Dot.

In a followup blog post, Wonderlich questioned whether the downtime had been “a misguided attempt to remove the promises on which Obama ran … or just a sign that the original agenda doesn’t hold the same place of reverence it used to (White House staff used to frequently refer to these promises when making plans).”

Although the president’s position on whistleblowers may have changed over the past 5 years, he hasn’t made any effort to conceal his position on the NSA surveillance programs Snowden revealed.

Last week, Obama issued an emergency statement urging the House to vote against an amendment, introduced by Rep. Justin Amash (R-Mich.), that would have limited the agency’s ability to collect Americans’ telephone records.