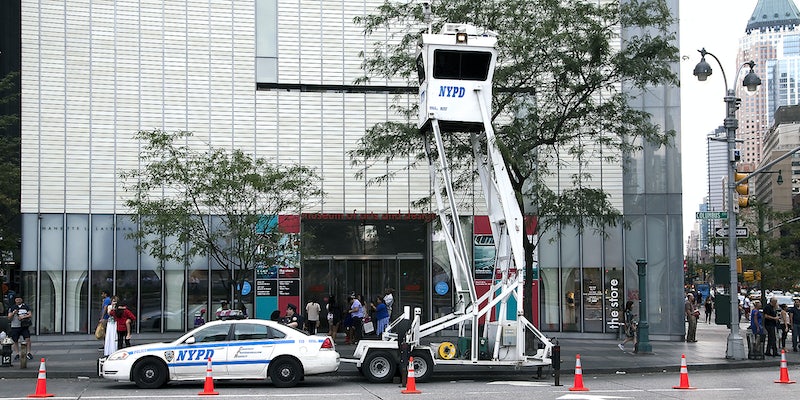 Published on Tuesday by two civil liberties organizations—the Legal Aid Society and the Surveillance Technology Oversight Project (S.T.O.P)—the documents show how the NYPD has spent at least $159 million since 2007 as part of its secretive “Special Expenses Fund.”

Although heavily-redacted, the files indicate that the NYPD has purchased everything from predictive policing and facial recognition software, to x-ray machines and tools for tracking cell phones.

In a statement on the documents, S.T.O.P’s Executive Director Albert Fox Cahn accused the NYPD of hiding its “surveillance slush fund” from the public.

“These technologies are expensive, invasive, and just don’t work,” Cahn wrote. “But the NYPD isn’t just wasting millions on unproven technologies, it’s putting Black and Brown communities at risk. High tech errors are often just the first step to false arrest, wrongful imprisonment, and being torn away from your family because of a faulty algorithm.”

“These contracts lead to real world consequences in court rooms and police interactions across New York City,” said Greco. “The secrecy surrounding these records is part of the continued attempts to protect the NYPD from scrutiny for its targeting of BIPOC communities with invasive, and often faulty, surveillance technologies.”

The documents were uncovered just months after the passage of the Public Oversight of Surveillance Technology (POST) Act, which resulted in the termination of the NYPD’s Special Expenses Fund.

In response to the release, the NYPD defended itself as the most transparent law enforcement agency in the country, according to Wired.

“No police department or federal agency has gone to the level of depth and transparency on law enforcement tools used in the field that the NYPD did in its POST Act disclosures,” the department said.

News of the little-known fund comes amid major pushback against the use of surveillance tools such as facial recognition by the government and law enforcement, which has been accused of operating with a racial bias.