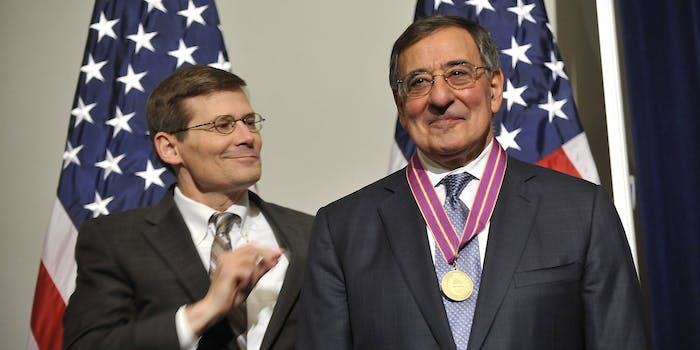 It's “a lot less important' than other operations,” says the former CIA director on the panel.

A few days after most federal agencies shut down for the government furlough, the review group designed to see if the National Security Agency violated Americans’ privacy rights has decided it’ll take a breather, too.

Former CIA head Michael Morell, one of the panel’s five members, told Politico that though the group was officially deemed essential to the country’s operations, he didn’t feel that was apt.

The panel formed in August, in the wake of former NSA contractor Edward Snowden’s leak of scores of agency documents that detailed spy programs and public outcry that the agency was surveilling American citizens. It’s received substantial criticism for including intelligence insiders, like Morell. However, despite fears to the contrary, the panel doesn’t report directly to James Clapper, the director of National Intelligence, who misled Congress on the NSA’s practices.

According to Sen. Dianne Feinstein (D-Calif.), 72 percent of intelligence employees’ jobs have been put on hold due to the government shutdown. It’s unclear how much of the NSA is currently on hold. According to the agency’s website, it’s currently not responding to Freedom of Information Act (FOIA) requests, nor is it updating its website. When asked which other operations weren’t running, an NSA spokesperson directed the Daily Dot to Clapper’s office. The ODNI, as is usually the case, didn’t respond to the Daily Dot’s multiple inquiries.

Photo of Morell (left) by Secretary of Defense/Flickr