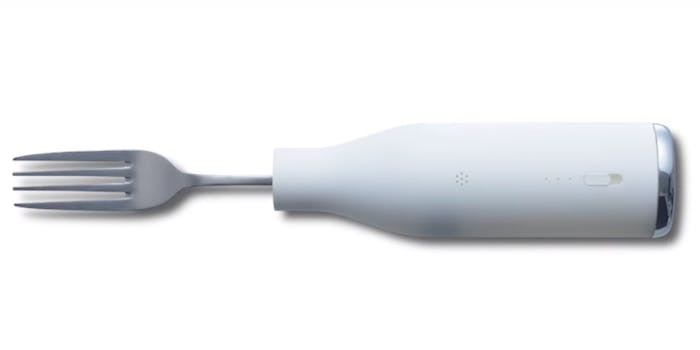 We come across a lot of strange (often useless) gear, but every once in a while, a product comes around that feels like it could change someone’s life.

This isn’t one of them.

The folks at Nissin, a Japanese company that specializes in instant noodles, developed a noise-canceling ramen fork for people who don’t like slurping noises. Ramen connoisseurs are convinced slurping enhances the flavor of its broth. But some people—specifically tourists visiting Japan—aren’t thrilled with the idea, so Nissin created the “Otohiko” fork, which uses noise-canceling technology to drown out slurping sounds as someone chows down on their noodles.

You can see it used in this cringeworthy promo video Nissin put together.

This may be a novelty gag as part of a larger marketing stunt, but that isn’t stopping Nissin from selling these for $130 per fork (assuming it can get 5,000 order by mid-December). Just to put into perspective how big a rip-off this is, you could stay in Japan and buy yourself some sweet sounding noise-canceling Audio Technica headphones for less. In fact, we’d even recommend you slather 11 herbs and spices on your body to slip free of this outrageous cash grab.