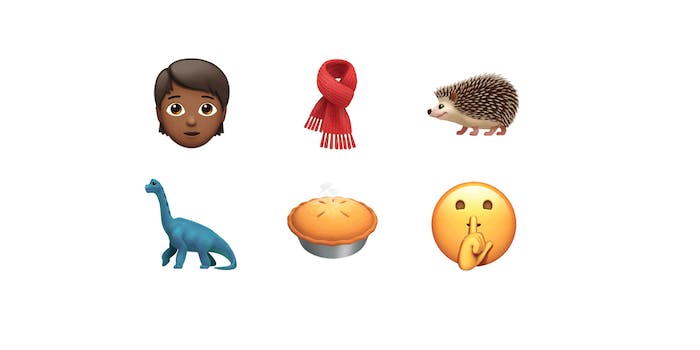 The newly designed emoji will debut in the beta of iOS 11.1 next week.

iOS 11 has a lot of interesting new features, including a redesigned control center, the ability to minimize your phone as a distraction while driving, and screen recording. According to data from Mixpanel, many of us don’t find those features that compelling, though: 51 percent of iOS users haven’t yet updated their phones and are still on iOS 10. An update coming in iOS 11.1 may change that though.

In iOS 11.1, available as a beta next week, we’re finally going to get some more new emoji. Apple shared a sneak peek at the 56 new emoji coming in the update. The updated emoji offerings range all across the board and include options unveiled on World Emoji Day back in July, like Woman With Headscarf, Breastfeeding, and Bearded Person. The update also includes some long-awaited gender neutral emoji characters with different hair colors, skin tones, and ages. Then there are a number of more whimsical humanoid characters, such as a zombie, fairy, mermaid, and vampire, just in time for Halloween. 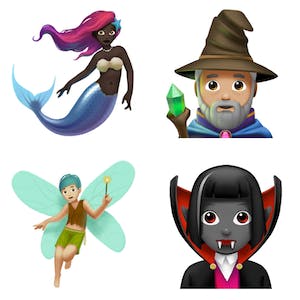 iOS 11.1 also introduces the Love-You Gesture, designed from the “I love you” hand sign in American Sign Language. We also get a number of food-related imagery, too. You’ll get a Chinese food takeout box, broccoli, a sandwich, and coconut emoji in the update, as well. Apple didn’t forget about animals, either. iOS 11.1 includes emoji for a zebra, giraffe, hedgehog, and even a dinosaur (which appears to be a brachiosaurus). Apple revealed roughly 30 of the 56 new emoji we’ll be seeing in iOS 11.1.

If you haven’t yet updated to iOS 11, perhaps this is just what you’ve been waiting for.