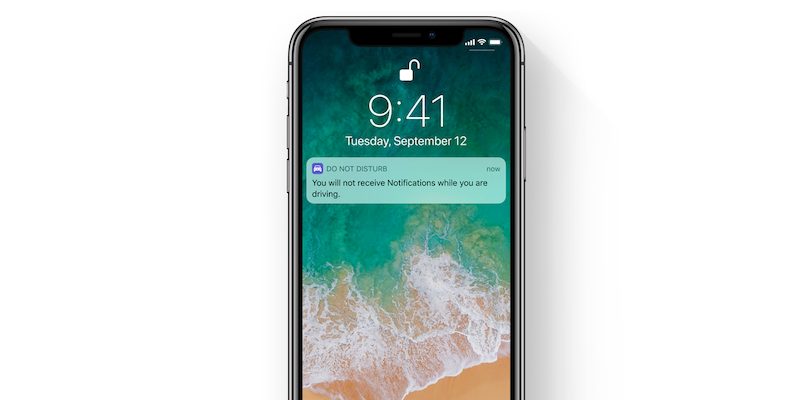 Switch this feature on, stat.

Apple’s Do Not Disturb feature on iOS is a lifesaver. You can set it automatically each night to ensure your slumber isn’t interrupted by a ranting ex or inebriated friend. You can also switch it on to make sure you’re not interrupted during an important meeting. With iOS 11, the notification-halting feature really could save lives, thanks to Do Not Disturb While Driving.

If you haven’t heard about this feature yet, or you haven’t set it up, here’s what you need to know.

How to use Do Not Disturb While Driving

The first time you drive in a vehicle after downloading iOS 11, you’ll get a notification on your phone once you’ve stopped. It’ll contain a description of the Do Not Disturb While Driving feature, and an option to switch it on. Once you’ve done that, Do Not Disturb will automatically switch on either when your phone connects to the Bluetooth in your vehicle, or when it detects driving-style motion.

You can also turn Do Not Disturb While Driving on and off through Control Center (directions for how to set that up here). Adding this shortcut sounds like a good idea: If you’re in a Lyft, bus, or another mode of public transit, you may want to switch off the feature since you’re not actually behind the wheel.

If you’re the parent of a driving teen, you can set up additional safeguards to make sure your child doesn’t turn off Do Not Disturb While Driving. Head to Settings, General, and then tap Restrictions. You’ll need to type a new passcode, if you haven’t already, and then go to Allow Changes. Tap Do Not Disturb While Driving, then select Don’t Allow Changes.

How Do Not Disturb While Driving works

When Do Not Disturb While Driving is enabled, your phone will remain silent and the screen will stay dark. All notifications will be silenced (delivered to you once you’re done driving), with a few exceptions: If the sender types the word “urgent,” you’ll be able to pull over and read it, or let Siri read it to you. Emergency alerts, timers, and alarms will also bypass this notification free wall.

Phone calls follow the same rules as the old Do Not Disturb feature. That is, calls will be silenced unless they’re from your Favorites, and you’ve allowed them, or if the caller rings twice in a row. If your phone is connected to your car’s Bluetooth, however, calls will come through there like normal.

When you use Apple Maps for navigation, you’ll still get turn-by-turn directions on your lock screen, however. And if you’re using the phone but you’re the passenger, tap the “I’m not driving” button to get full access to the phone.

Why Do Not Disturb While Driving is important

Cellphones are one of the most prevalent causes of distracted driving in the U.S. And each day, more than eight people are killed and 1,161 are injured in distracted driving accidents, according to the FCC. More specifically, the National Safety Council estimates that 1.6 million crashes occur each year because of cellphone use while driving.

Despite being outlawed in 47 states, we continue to text while driving, endangering our own lives, as well as those of drivers, pedestrians, and cyclists around us.

What Apple’s new Do Not Disturb feature does is (hopefully) completely remove that temptation to check your phone or respond to that message real fast when you’re behind the wheel. Its auto-reply message should also be helpful to loved ones: If your partner texts asking if you’re on your way home from work, that auto-reply message will answer the question for them—and more quickly than you would have texted it out in the first place, too.

There are times when we shouldn’t be looking at our phones, and driving is one of them. Now, it should be easier to resist that temptation.