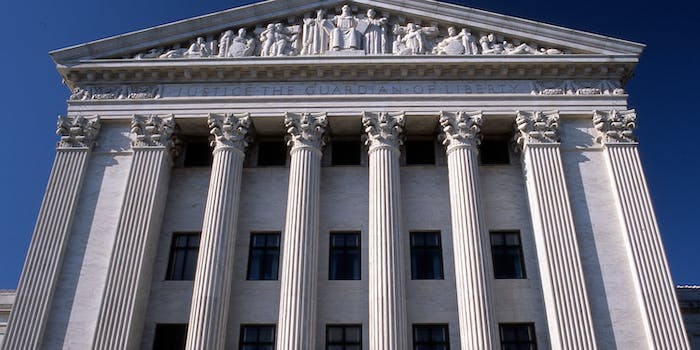 As for the future? It's complicated.

In 2016, the U.S. Court of Appeals for the District of Columbia ruled in favor of the FCC’s regulations protecting net neutrality in United States Telecom Association v. Federal Communications Commission. While the Trump-era FCC has since repealed net neutrality, companies such as AT&T and Verizon brought the appeals court ruling to the Supreme Court along with six other cases, all in the hopes of officially removing the court’s decision supporting net neutrality.

Instead, the Supreme Court declined to do so.

The Supreme Court’s decision does not reverse nor reject the FCC’s ruling to repeal net neutrality. That still remains federal policy. However, the court’s choice reveals how three conservative judges would rule against prior precedent on net neutrality, with Kavanaugh likely following along based on his prior opinion on the matter. By declining all seven petitions, the Supreme Court maintains the lower courts’ precedents declaring net neutrality a lawful federal regulation. If the Supreme Court had accepted the petitions or vacated the lower court rulings, doing so would have strengthened the FCC’s repeal.

“It wasn’t enough for this @FCC to roll back #NetNeutrality,” FCC Commissioner Jessica Rosenworcel tweeted. “It actually petitioned the Supreme Court to erase history and wipe out an earlier court decision upholding open internet policies. But today the Supreme Court refused to do so. Let’s call this interesting.”

It wasn't enough for this @FCC to roll back #NetNeutrality. It actually petitioned the Supreme Court to erase history and wipe out an earlier court decision upholding open internet policies. But today the Supreme Court refused to do so.

Rejection has little practical significance. FCC has already ended net neutrality. Only lingering issue was what to do with appeals court decision that upheld it — that can now serve as a precedent.

Net neutrality activists are stuck in legal battles with the FCC and the Trump administration over the repeal. The Department of Justice and telecommunication groups representing AT&T, Verizon, Comcast, and other ISPs formed a lawsuit against California’s “gold standard” net neutrality regulation. A similar lawsuit is ongoing with Vermont over that state’s net neutrality law. With lower court rulings maintaining net neutrality’s lawful existence, that’s more ammunition for future cases targeting the FCC repeal.

“There was absolutely no reason for the Supreme Court to take this case, and today’s denial puts to bed the chances of upending the correct appellate-court decisions,” Free Press Policy Director Matt Wood said in a statement. “Now we look forward to filing our final brief in the new appeal challenging [FCC Chair Ajit Pai’s] mistakes, and to making the argument in front of the D.C. Circuit this February in this latest round to save these crucial rules.”

US Supreme Court denies cert in the @AjitPaiFCC, @ATTPublicPolicy, @NCTAitv and others' attempt to vacate the 2016 DC Circuit decision upholding the strong 2015 #NetNeutrality rules and #TitleII classification. https://t.co/odhRDZqju4

Why does this matter when @AjitPaiFCC and his cast of cartoonish @FCC villains went ahead and repealed #NetNeutrality rules anyway? Because vacating the precedent upholding the 2015 rules could have weakened our ability to rely on that win in the court challenge to Pai's repeal.

That's why @FreePress and others opposed cert in briefs filed earlier this fall. The majority of justices listened to us, helped in some small part by the fact that Justice #BeersForBrett was recused since he heard the case at DC Circuit. #NetNeutrality https://t.co/ucDpWM0JP2