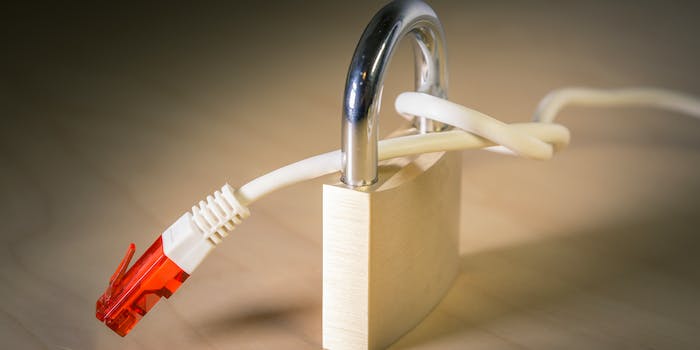 California’s law—which has been hailed by net neutrality advocates because it is more robust than the 2015 Federal Communications Commission (FCC) net neutrality order—has been embroiled in a legal battle from the moment it passed in 2018.

The law was passed after the Trump-era FCC repealed net neutrality rules, but wasn’t enforced until a major net neutrality lawsuit challenging the repeal was finished. That suit ended in October 2019, when the United States Court of Appeals District of Columbia Circuit upheld the FCC’s repeal, but vacated a portion of it that blocked states from enacting their own net neutrality rules.

After a years-long halt in the case, California’s case resumed. It secured a victory when a U.S. District Court judge denied a preliminary injunction request by the ISP groups to stop the state from enforcing its law. That decision was appealed by the ISP groups, leading to another legal battle in the United States Court of Appeals for the 9th Circuit. Numerous net neutrality advocates have told the court that they support California’s law.

But now a separate legal battle over a New York broadband law is making its way into the California fight. Last week, ISP groups wrote to the 9th Circuit and argued that a recent ruling in New York bolstered their case against California’s law.

Earlier this year, New York pushed a law that would require ISPs to offer $15-a-month broadband plans to low-income residents who met certain criteria like being eligible for SNAP, Medicaid, and other programs.

ISP lobby groups—including some that are also suing California—sued the state over the law, arguing that New York didn’t have the authority to require the ISPs to offer those plans.

They also argued that because the FCC repealed net neutrality in 2017 and classified providers under Title I of the Communications Act they were not subject to potential rate regulation.

A judge in the U.S. District Court for the Eastern District of New York ruled in favor of the ISPs two weeks ago and granted a preliminary injunction.

As Ars Technica reported at the time, Judge Denis Hurley rejected New York’s argument that the FCC abandoned its authority when it repealed net neutrality and classified broadband under Title I of the Communications Act.

That decision has now made its way into the ongoing California lawsuit. The ISP groups told the court the New York decision ruled on “the same three bases” they have pushed to halt California’s law.

Specifically, they pointed to the judge rejecting New York’s argument that the FCC abdicated its authority to regulate broadband at all during its 2017 repeal.

“California argues … and the District Court held, that the 2018 Order ‘disclaimed any authority to impose generally applicable net neutrality conduct rules on BIAS providers,” the ISPs letter to the court reads, adding that the New York ruling “rejected a nearly identical argument.”

The case is ongoing, and arguments could be held later this year.

As the California legal battle continues to unfold, net neutrality restoration at the federal level still seems to be on the horizon. Once President Joe Biden finally fills out the FCC, it is expected to reinstate net neutrality rules.