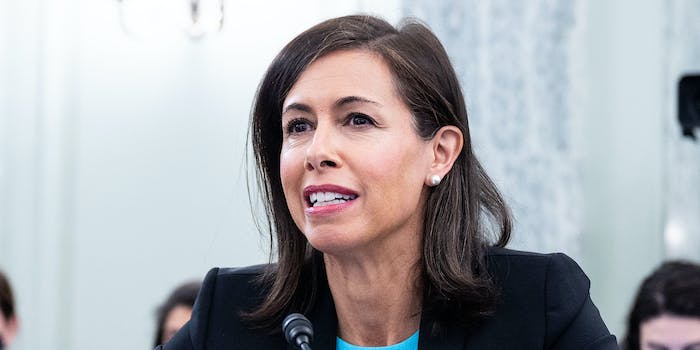 Federal Communications Commission (FCC) Chairwoman Jessica Rosenworcel told a group of Republicans that she still supports net neutrality rules despite their efforts to push her to keep the repeal of them on the books.

In April last year, a group of 26 Republicans, led by Rep. Cathy McMorris-Rodgers (R-Wash.) and Rep. Bob Latta (R-Ohio) sent a letter to Rosenworcel—then the acting chair of the agency—where they said they were opposed to having the FCC’s 2017 repeal of net neutrality reversed.

The Republicans filled their letter with numerous arguments against net neutrality rules that have been pushed for years, including that they preferred “light touch” regulation and that the 2015 Open Internet Order hurt broadband investment. That argument has been criticized and debunked by net neutrality advocates.

Last week, Rosenworcel responded to their letter and made it clear: she supports net neutrality and that “returning to that successful framework is the strongest foundation for the internet economy as a whole.”

Rosenworcel was confirmed for another term at the FCC in December and was named the chair of the agency by President Joe Biden after serving in an acting capacity since early last year.

“It is unfortunate that individual states have had to fill the void left behind after the misguided rollback of the Commission’s net neutrality policies. I stand ready to work with Congress on this topic, as necessary. However, I continue to support net neutrality and believe that the Commission has the authority to adopt net neutrality rules,” Rosenworcel wrote in her response to the Republicans.

While Rosenworcel has long been a vocal advocate for net neutrality under Title II of the Communications Act, the FCC will need a third Democratic vote if it seeks to restore the rules.

Biden nominated Gigi Sohn, a prominent public interest advocate who has drawn rave reviews from net neutrality supporters, to fill the fifth and final spot at the agency late last year. While Sohn had a confirmation hearing, she did not receive a vote in either the Senate committee or the full Senate by the end of the year. Because of that, Biden re-nominated Sohn on Tuesday.

If and when Sohn is confirmed, the FCC would have a 3-2 Democratic majority, giving it the needed votes to restore net neutrality.