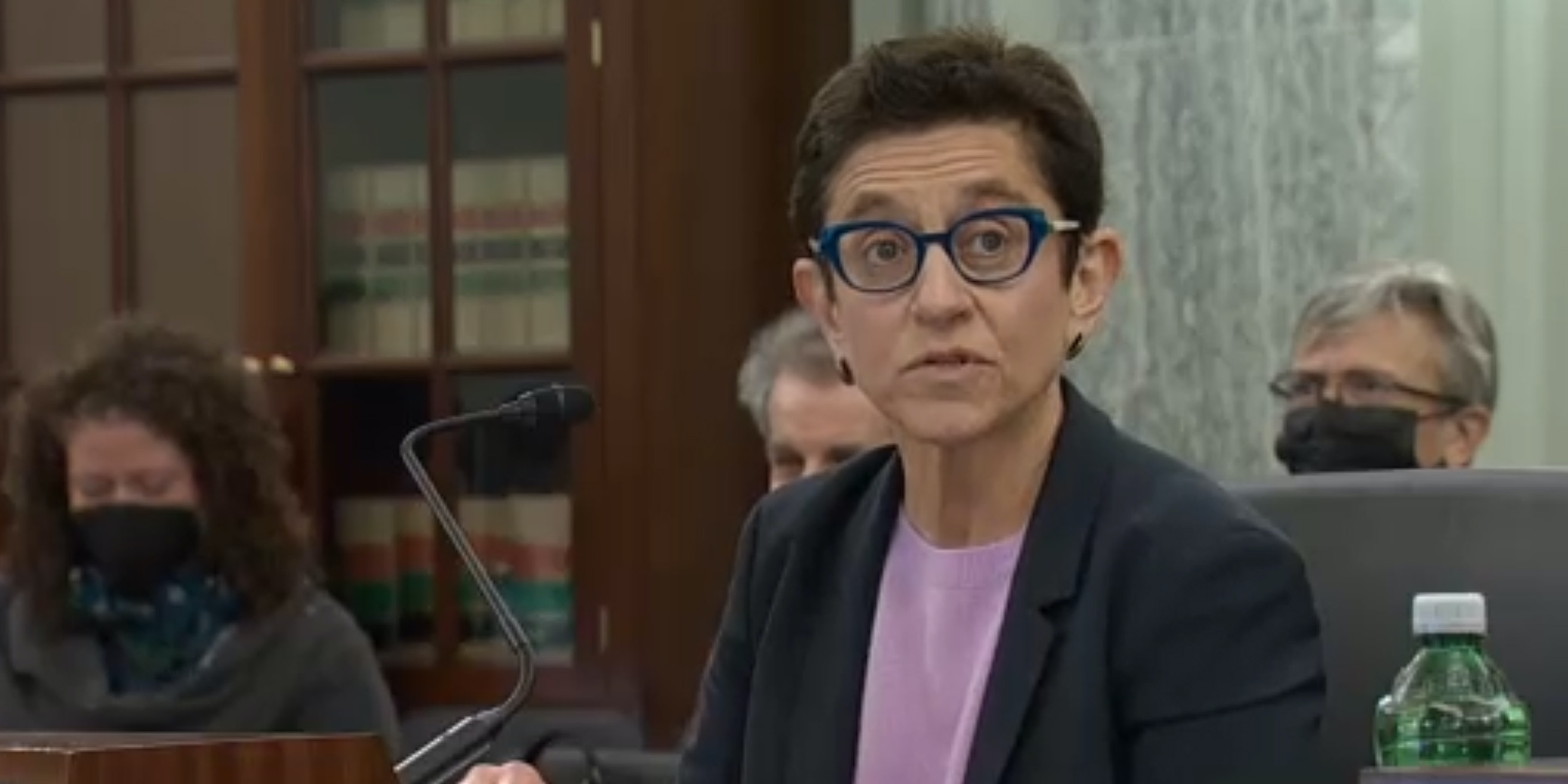 Like the last FCC confirmation hearing, net neutrality was a big topic.

Gigi Sohn, a public interest advocate who was nominated to be a Federal Communications Commission (FCC) commissioner by President Joe Biden, told senators on Wednesday that she supported restoring the agency’s oversight of broadband as net neutrality took center stage at her FCC confirmation hearing.

Sohn was one of several Biden nominees who spoke during a confirmation hearing before the Senate Commerce Committee on Wednesday. Sohn, who has drawn rave reviews by public interest groups and experts in the wake of her nomination, faced some pushback from Republicans before the hearing, and even some throughout the hearing. Sohn pledged to close the digital divide in the U.S. and reiterated her support for net neutrality.

During her opening statement, Sohn said if confirmed, she would serve on the FCC during a “critical” time in the country and would work to advance universal connectivity in the U.S. and close the country’s gap between those who have access to affordable high-speed internet and those who don’t.

Early on in the hearing, Sen. Roger Wicker (R-Miss.), the ranking member of the committee, who has blocked attempts in the past by Democrats to force a vote on net neutrality bills, said that he had concerns about Sohn’s previous statements about issues that might come up at the committee, noting her long-time advocacy of net neutrality.

If the FCC is fully staffed—which would come after Jessica Rosenworcel, Biden’s pick to be chair of the FCC, and Sohn are confirmed by the Senate—it has long been expected that the agency would look to reverse the 2017 repeal of the 2015 Open Internet Order.

The repeal got rid of net neutrality rules and abdicated the agency’s authority over the broadband industry. Both Sohn and Rosenworcel have been vocal in their opposition to the repeal, which was done under a Republican-controlled FCC.

Much like his questioning of Rosenworcel last month, Wicker said he preferred “light touch” regulation—referring to the FCC’s repeal of net neutrality rules.

Sohn responded, much like Rosenworcel did, that the repeal of the 2015 Open Internet Order impacted more than just ISPs’ ability to block or throttle traffic. The repeal abdicated the FCC’s authority over the industry by no longer classifying ISPs under Title II of the Communications Act, which Sohn said was needed again.

“I think Title II, actually the evidence shows, that Title II and net neutrality had no impact on investment,” Sohn said, adding: “I agree with you generally that light touch is better, but what I’m concerned about now—and with the repeal in 2017 of the net neutrality rules and the reclassification of broadband—is that we have no touch. The net neutrality debate, which I have been [in] now for 20 years, is really more about whether there is going to be oversight … It’s really much broader than the no blocking and throttling. It’s about whether broadband, which we all agree is an essential service, should have some government oversight, and right now it doesn’t have any.”

When asked by Sen. Ed Markey (D-Mass.) whether she believed the FCC had the authority to reinstate net neutrality rules, Sohn bluntly stated: “Yes, Senator Markey, I agree with Chairwoman Rosenworcel that the FCC has authority.”

Toward the end of the hearing, Sen. Kyrsten Sinema (D-Ariz.)—who was the only Democrat who did not co-sponsor the Save the Internet Act, a bill that would have codified the 2015 Open Internet Order—asked Sohn whether she preferred Congress passing a “bipartisan” bill or the FCC taking its own action on net neutrality.

“I would much prefer if Congress settled the matter. I’ve been an advocate for net neutrality for 20 years, and I’m as tired of the ping pong game as anybody,” Sohn told Sinema. “However, until Congress acts, I think it’s critical that consumers be protected and competition be promoted … We cannot leave an essential service such as broadband without oversight. If necessary, the FCC will have to go to Title II, I believe just like Chairwoman Rosenworcel believes, if Congress doesn’t act. But boy, would I really appreciate it if Congress did act.”

At the same time she did not co-sponsor the Save the Internet Act, Sinema announced that she instead had formed a working group with Wicker to come up with a “bipartisan” net neutrality bill. It is unclear what, if anything, has come of the working group.

Sinema has said she doesn’t agree with Title II classification for ISPs, and in a USA Today op-ed with Wicker, she wrote that the Communication Act governing it was “outdated.”

Net neutrality advocates have argued that Title II is the necessary legal foundation for net neutrality rules. Republicans, like Wicker, have said it hinders investment—a point that has been repeatedly pushed back on.

Sinema responded by asking Sohn how long the FCC “should give” Congress to pass a bill before acting on its own.

Sohn responded that the process could take a year, with a notice of proposed rulemaking, hearings, and several rounds of public comments before the FCC would vote on a Title II net neutrality proceeding.

“Anything the FCC would do to implement Title II would take quite a bit of time to begin with,” Sohn said, adding: “That proceeding is going to take at least a year. I would hope that Congress—I know that Congress doesn’t move as quickly as all of us would like—so I would say a year until that proceeding is concluded. But again, I am very concerned that broadband, an essential service, has been without any oversight for four years. And there have been issues with that.”

During the hearing, Sohn also stressed the importance of upgrading FCC’s maps of broadband to be more accurate and pledged to work on privacy rules for ISPs and other companies.

“Privacy is sacred, privacy of personal information,” Sohn said, answering Sen. Richard Blumenthal (D-Conn.). “I have been a huge supporter of Congress passing a comprehensive consumer privacy bill. If I’m confirmed, I would love to work with you and anybody else on this dais, on doing that. The implications of not protecting privacy, whether it be on big tech platforms or over ISPs, are enormous. And the harms have already been shown … I would love to see Congress move forward, and if the FCC has the opportunity—which would take some time—that would be interesting as well.”