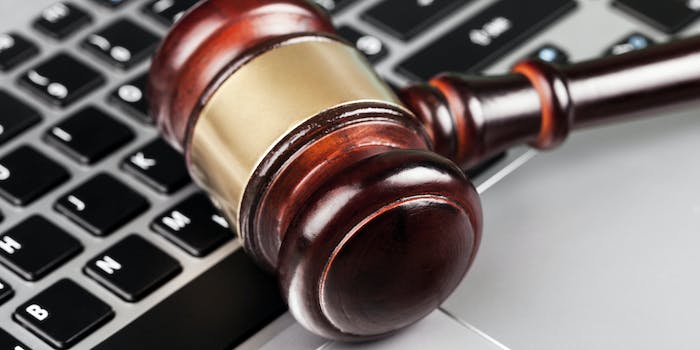 In response, New York's governor said 'bring it on.'

Last month, New York passed a law as part of its budget plan that would require ISPs in the state to offer low-income residents an option for $15-a-month broadband plans. The plan would be for 25 megabits per second (Mbps) download speeds and 10 Mbps upload speeds.

The plan would specifically be for residents who met certain criteria, like being eligible for the Supplemental Nutrition Assistance Program (SNAP) or Medicaid, among other things.

Experts told the Daily Dot at the time that New York’s plan was a “substantial step forward in addressing the challenge of broadband affordability that so many families around the country are confronting.”

However, it appears that ISPs feel differently.

The New York State Telecommunications Association, the Wireless Association, ACA Connects, The Broadband Association, NTCA, and others filed a lawsuit late last week arguing that New York does not have authority to require ISPs to offer a $15-a-month plan.

They also argue that New York is preempted by the federal government and the Federal Communications Commission (FCC) net neutrality repeal classified the providers under Title I of the Communications Act, making them not subject to potential rate regulation.

“First, New York’s Rate Regulation conflicts with the FCC’s 2018 decision, which the D.C. Circuit upheld in relevant part, that broadband is an interstate information service that should not be subject to common-carrier regulation,” the suit reads. “The Rate Regulation conflicts with that decision, as well as the Communications Act, by compelling providers to offer broadband on a common-carrier basis: at state-set rates and terms to all eligible members of the public.”

In response to the lawsuit, New York Gov. Andrew Cuomo (D) told the lobby groups to “bring it on.”

“I knew giant telecom companies would be upset by our efforts to level the playing field, and right on cue, they’re pushing back. This is nothing more than a transparent attempt by billion-dollar corporations putting profit ahead of creating a more fair and just society,” Cuomo said in a statement, adding: “If these companies want to pick this fight, impede the ability of millions of New Yorkers to access this essential service and prevent them from participating in our economic recovery, I say bring it on.”