NASA wants you to pick its next spacesuit

Can you catwalk in space?

New York Fashion Week is months away, but the Johnson Space Center is already unveiling its newest styles.

From now until April 15, NASA is letting the general public vote on the design of its next generation prototype space suit. The core mechanics of the suit are already in place, but the space agency wants the public’s opinion on how the exterior should look.

The Z-2 is the latest prototype looking to be the heir to the classic, bulky, pressurized get-up we’ve come to associate with space travel. A follow-up to the Z-1, which was named one of Time magazine’s best inventions of 2012, the Z-2 is distinguished from shuttle-era space suits in a number of cutting edge ways.

The shape of the futuristic looking suit is imposing, with its broad, rigid torso and fishbowl glass helmet. With an eye toward one day having these suits walk around on the surface of an alien planet or asteroid, NASA’s Philadelphia-based vendor, ILC, has constructed the Z-2’s upper and lower torso systems with the “most advanced” impact resistant materials ever used in a space suit. The Z-2 also uses 3D printing technology and laser scanning to construct size specific suit components for a better fit.

Despite these and other technological milestones however, the aspect of the Z-1 that got the most attention was its style. The neon-green trim on white made the Z-1 unmistakably similar to famed Pixar space traveller Buzz Lightyear. 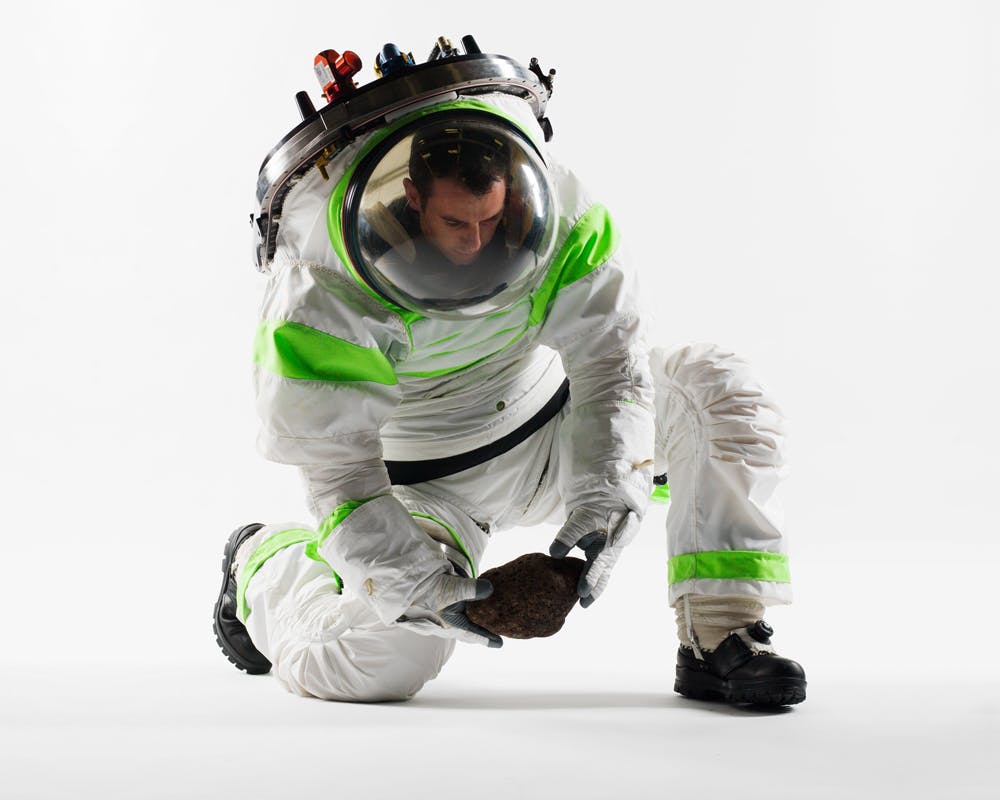 Not wanting to be overshadowed by the Z-1’s look, NASA has presented three options for the design of the Z-2 and left it up to the public to decide.

The first option is the “Biomimicry” suit, which takes its inspiration from nature. With segmented joint pleats and electroluminescent torso wires that glow in the dark, the suit is designed to mirror creatures of the sea. 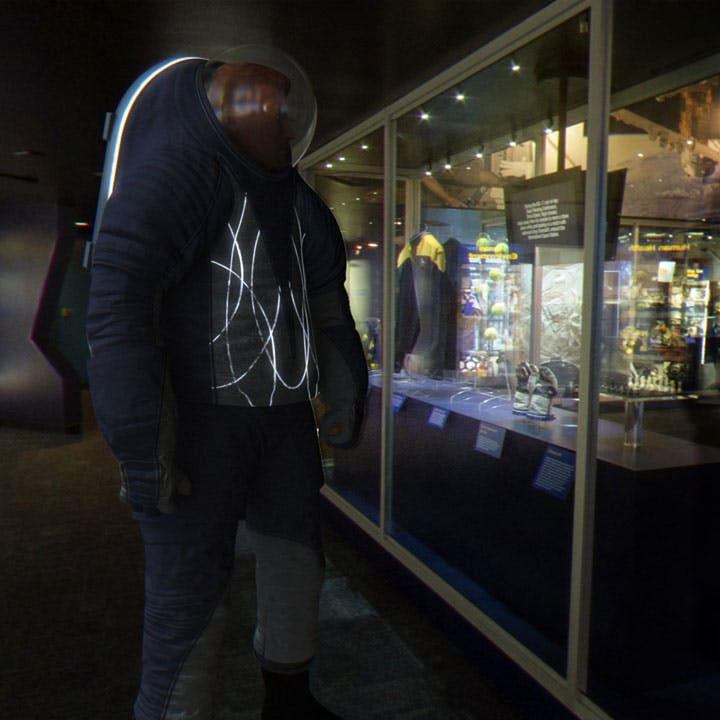 The second—and so far most popular option with 65 percent of the current vote—is the “Technology” design. This variation of the Z-2 may be leading the race so far because it seems to fit the stereotypical vision of how futuristic space travel technology should look. The suit uses a Luminex wire and light-emitting patches that could greatly help space walking astronauts identify one another. 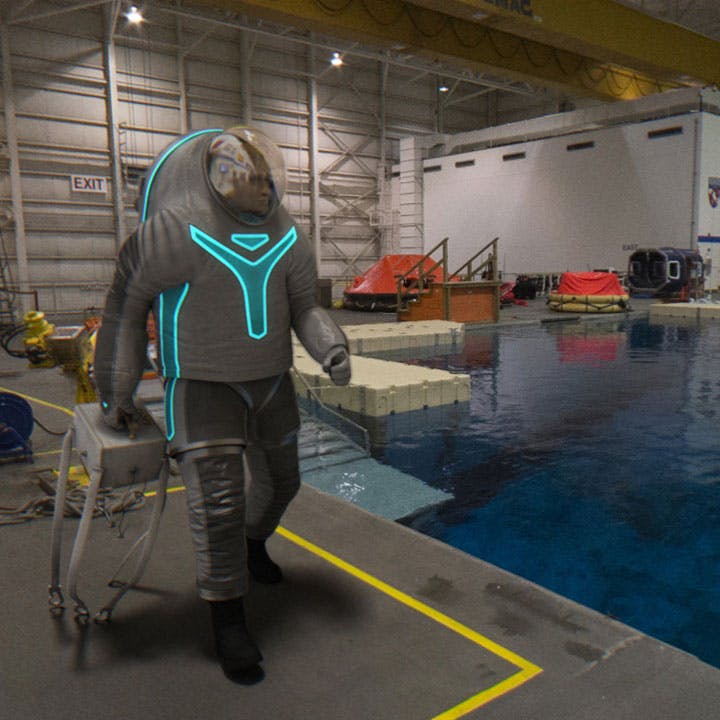 If “Technology” was designed with the future in mind, then the third option, “Trends in Society,” takes its inspiration from the present. This suit is designed to look somewhat like modern-day sportswear. The “Trends in Society” suit includes a brighter color scheme and “gore pleats with contrast stitching throughout to highlight mobility.” 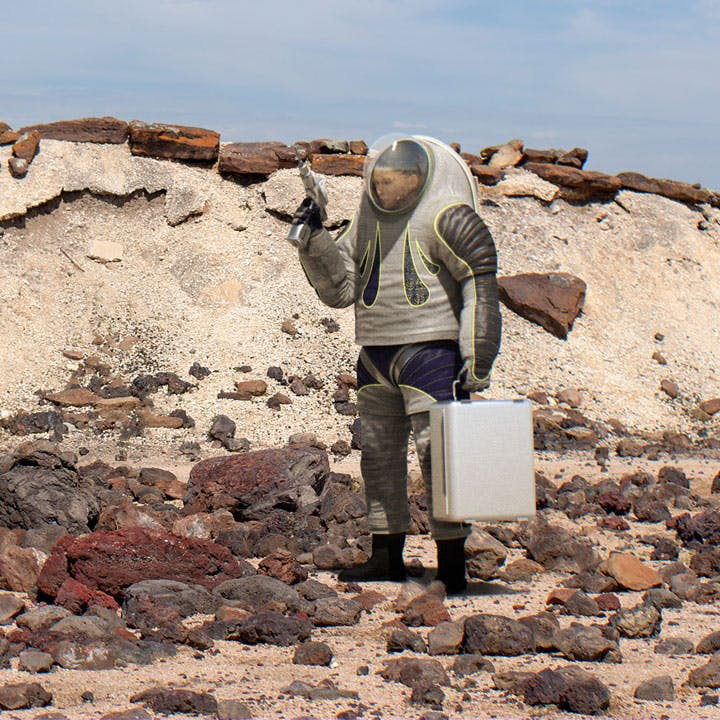 The Z-2 Trends in Society design.

Though these may seem like superficial differences, NASA says the outside of the suit will be critical.

“The cover layer of a prototype suit is important as it serves to protect the suit against abrasion and snags during the rigors of testing,” NASA states.

All images by NASA