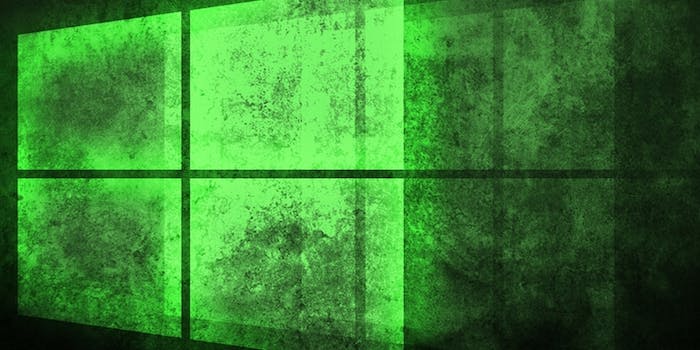 Microsoft can disable pirated games, software, and hardware in Windows 10

If you pirate games, Windows 10 might be your worst enemy.

Software pirates might want to hold off on their Windows 10 upgrades thanks to a newly updated Microsoft Services End User License Agreement. The company has added language to its terms that give it the ability to monitor and disable illegal software, games, and even hardware.

The updated agreement reads as follows:

It’s a vaguely worded tweak, but the message is fairly clear: Microsoft won’t hesitate to make sure the programs and games you have installed on your computer are legitimate, and if not, it has the right to disable them.

Microsoft’s Windows 10 just debuted, and it features mandatory updates that can only be disabled via some obscure workarounds. The combination of those updates and this new EULA suggests an increased focus on software piracy that could be a nightmare for anyone who is used to stealing their games and apps rather than buying them.