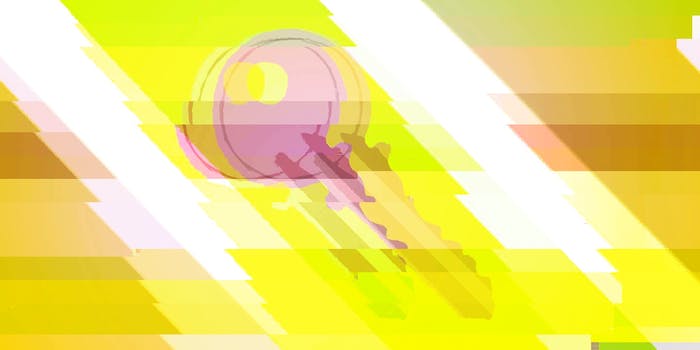 Former NSA chief says U.S. can get around encryption with metadata, argues against backdoors

'I don’t think it’s a winning hand to attempt to legislate against technological progress.'

The debate over encryption hit Washington again on Tuesday, as high level officials from the Clinton, Bush, and Obama administrations clashed on the future of encryption and privacy in America.

Former CIA and NSA Director Michael Hayden, who is firmly against government backdoors into encryption, said Americans’ safety is best served by the highest level of technology possible, and that the country’s intelligence agencies have figured out ways to get around encryption.

“Before any civil libertarians want to come up to me afterwards and get my autograph,” he explained at a Tuesday panel on national security hosted by the Council on Foreign Relations, “let me tell you how we got around it: Bulk data and metadata [collection].”

Encryption is “a law enforcement issue more than an intelligence issue,” Hayden argued, “because, frankly, intelligence gets to break all sorts of rules, to cheat, to use other paths.”

“I don’t think it’s a winning hand to attempt to legislate against technological progress.”

Encryption is a technology that scrambles data so that only the intended recipient can unscramble it. Everyone on the Internet uses encryption when, for example, they’re shopping online or otherwise visiting websites with an HTTPS connection. Backdoors in encryption technology are weaknesses in the code that allow those who know about them to access the scrambled data.

In recent years, Apple iOS and Google Android devices encrypt the data on phones running their operating systems so that only the phones’ owners themselves can access the device.

That’s helped spark a rising debate about the future of encryption technology within the U.S. and around the world.

Gorelick, who served as one of America’s top law enforcement officials in the Justice Department, argued that the National Security Agency’s bulk collection techniques did not help the Federal Bureau of Investigation. Bonner and Gorelick argued for legally mandated backdoors into encryption.

“I don’t think it’s a winning hand to attempt to legislate against technological progress,” Hayden said.

FBI Director James Comey was not at Tuesday’s panel, but given that he has been the most vocal proponent of government-mandated backdoors into encryption, it was no surprise that his name came up.

Comey has insisted that the encryption debate is “not a technical issue” because “there are plenty of companies today who provide secure services to their customers and still comply with court orders.” Instead, Comey has argued, it’s entirely a commercial issue where companies like Apple and Google are appealing to customers while disregarding security.

Hayden disagreed, saying the issue is both commercial and technical. This puts the former NSA director on the side of most technologists who argue that adding backdoor weaknesses to encryption will make it easier for malicious actors—not only law enforcement—to break encryption, making the Internet overall a less secure place.

“You can’t have a backdoor that’s only for the good guys.”

“It’s a combination of technology and business,” Hayden said. “Creating a door for the government to enter, at the technological level, creates a very bad business decision on the parts of these companies because that is by definition weaker encryption than would otherwise be available … Both of those realities are true.”

Apple CEO Tim Cook is among those who agree with Hayden and has loudly disagreed with Comey. He has called the idea of backdoors “incredibly dangerous” because it would weaken the security of all devices in the face of rising cybercrime and international spying.

“I don’t know a way to protect people without encrypting,” Cook said in October. “You can’t have a backdoor that’s only for the good guys.”

In Congress, the encryption issue has produced fierce debate repeatedly over the last year.