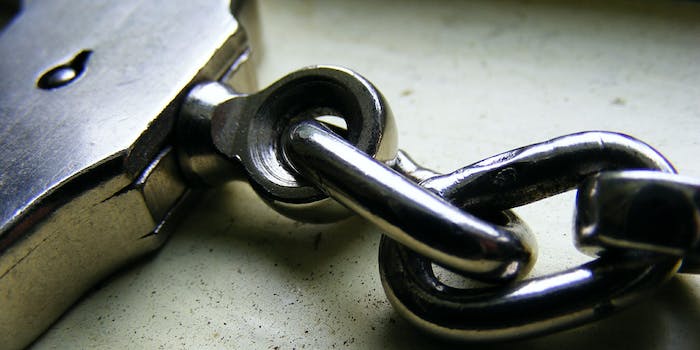 He could face up to 25 years in prison.

Prosecutors said Keys turned over his username and password to the Times website to a member of Anonymous in an IRC chatroom and then “encouraged” action. The member changed a news story to a joke. The joke remained on the site for 30 minutes before the page was taken down.

For those 30 minutes, the Tribune Company argued it endured about $1 million in losses, according to Jeong. 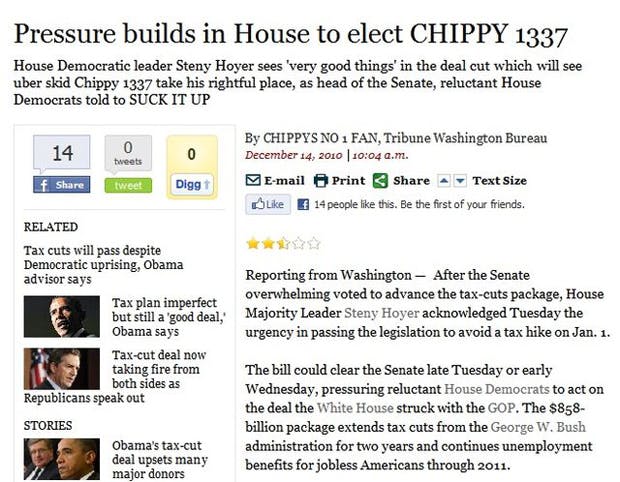 Keys faces a minimum punishment of probation and a maximum sentence of 25 years in prison. According to Jeong, prosecutors will seek less than five years.

Prosecutor told me that 25 years was not at stake, based on sentencing guidelines. (25 yrs is statutory maximum)

US Attorneys Office just told me they will likely seek less than 5 years in prison for Matthew Keys.

Hanni Fakhoury, a lawyer with the Electronic Frontier Foundation, argued when Keys was first charged that even if Keys was always unlikely to face the full 25 years, the massive possible sentencing itself is an intimidation tool often deployed by prosecutors against defendants.

Sentencing is scheduled for Jan. 20, 2016. Through his lawyers, Keys said he is going to appeal.

Keys told me that he intends to appeal. Attorneys are optimistic about the appealable issues in this case (damage & loss, for CFAA nerds)