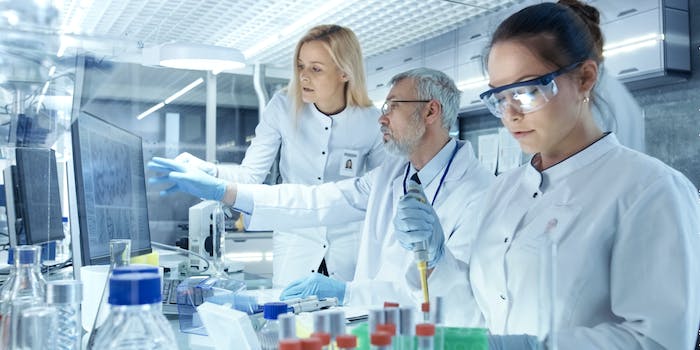 A secret group of scientists is working to end COVID-19

Billionaires are backing the group.

A secret group of highly-qualified scientists is working to end COVID-19 with the backing of some of the world’s wealthiest people.

The group is composed of more than a dozen doctors and headed by doctor Thomas Cahill. The 33-year-old former physician has collected some of the world’s greatest minds to workshop a way to stop COVID-19. He named the group the “Manhattan Project for the age of coronavirus.”

The original Manhattan Project, which began in 1939, was the research project that ultimately yielded nuclear weapons. The project led to the development of the atomic bomb, which was eventually used to nuke both Hiroshima and Nagasaki. The project is now lauded as one of the primary factors in ending WWII, despite its massive and devastating cost.

The new Manhattan Project may just have the authority, and the financial backing, to influence decisions at the highest level of government. Included among their ranks are a number of accomplished medical professionals including, “chemical biologists, an immunobiologist, a neurobiologist, a chronobiologist, an oncologist, a gastroenterologist, an epidemiologist, and a nuclear scientist,” according to the Daily Mail.

In fact, the members of the coronavirus Manhattan Project are so highly-qualified that Michael Rosbash, a biologist who won a Nobel Prize in 2017, has claimed that he’s on the lowest end of the spectrum.

“There’s no question that I’m the least qualified,” he said.

Until recently, the group has been operating in secret. The members’ main goal, thus far, has been to act as intermediaries for pharmaceutical companies that are searching for a way to get their research to high-level members of the Trump administration.

Their work has resulted in a 17-page report, which requests trials for a number of unorthodox methods of combatting COVID-19.

As the group continues, the members will likely face increasing opposition and red tape, but the Food and Drug Administration (FDA) and the Department of Veterans Affairs have loosened some of the regulations. Both federal departments have been working with the group to speed up the process.

The 17-page report has reportedly been viewed by several high-ranking members of the Trump administration, including Vice President Mike Pence, who currently heads the U.S. government’s coronavirus task force. While there is little word on what the Trump administration thinks of the report, Francis Collins, director of the National Institutes of Health, told the Wall Street Journal that he agrees with many of the outlined recommendations.

Despite concerns of the contrary, no one involved with the group stands to make a cent from progress. There has been no shortage of conspiracy theories and wild claims during COVID-19’s run, and this group has the potential to fall victim to the hordes of conspiracy theorists online.

Despite the hurdles ahead, the coronavirus Manhattan Project is forging on. One member of the group, a Harvard University chemist, summed up their purpose.

“We may fail, but if it succeeds, it could change the world.”