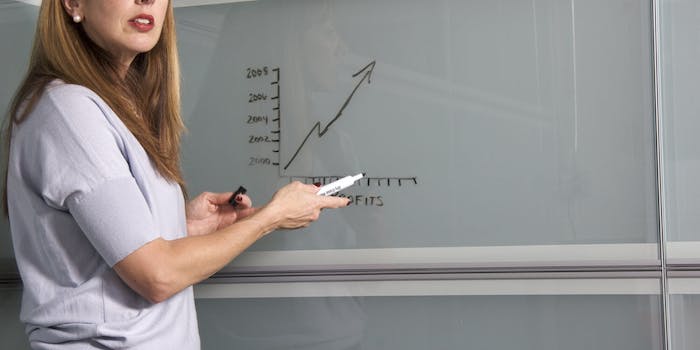 She was mad that the teens were violating stay-at-home orders.

While walking her dog, a New Jersey teacher told a group of teenage boys playing football in a closed park that they were in violation of stay-at-home orders.

Then, she told them she hoped they died from the coronavirus.

The teacher, identified in the Trentonian as Nicole Griggs, is a math educator at a local high school. The teenagers are students in the township, and two of them began filming the encounter and posted the video to TikTok and Snapchat.

“Parks closed. The whole area,” Griggs said in the video. “Get it through your thick head. You are the reason we are in this situation. You are the problem, not the solution. Go ahead, keep recording. Who are you going to show it to? Post me on social media.”

WBZ reports that this was when the interaction took a turn.

“You’re the idiot doing the wrong thing,” Griggs said. “I’m just trying to save your a** and save your life. But die, OK. I hope both of you get the coronavirus. I hope you both die a long, painful death.”

The Trentonian also reports that this is not Griggs’s first time calling out people who are disobeying stay-at-home orders. Griggs allegedly operates a Facebook account under the alias Nikki Leigh, where she shared a post detailing her experience of calling out a couple undoing caution tape so their young daughter could use the slide.

The Trentonian reports that a police officer showed up to the park but did not cite the teens. The Philly Voice reports that Griggs is under investigation for her actions.