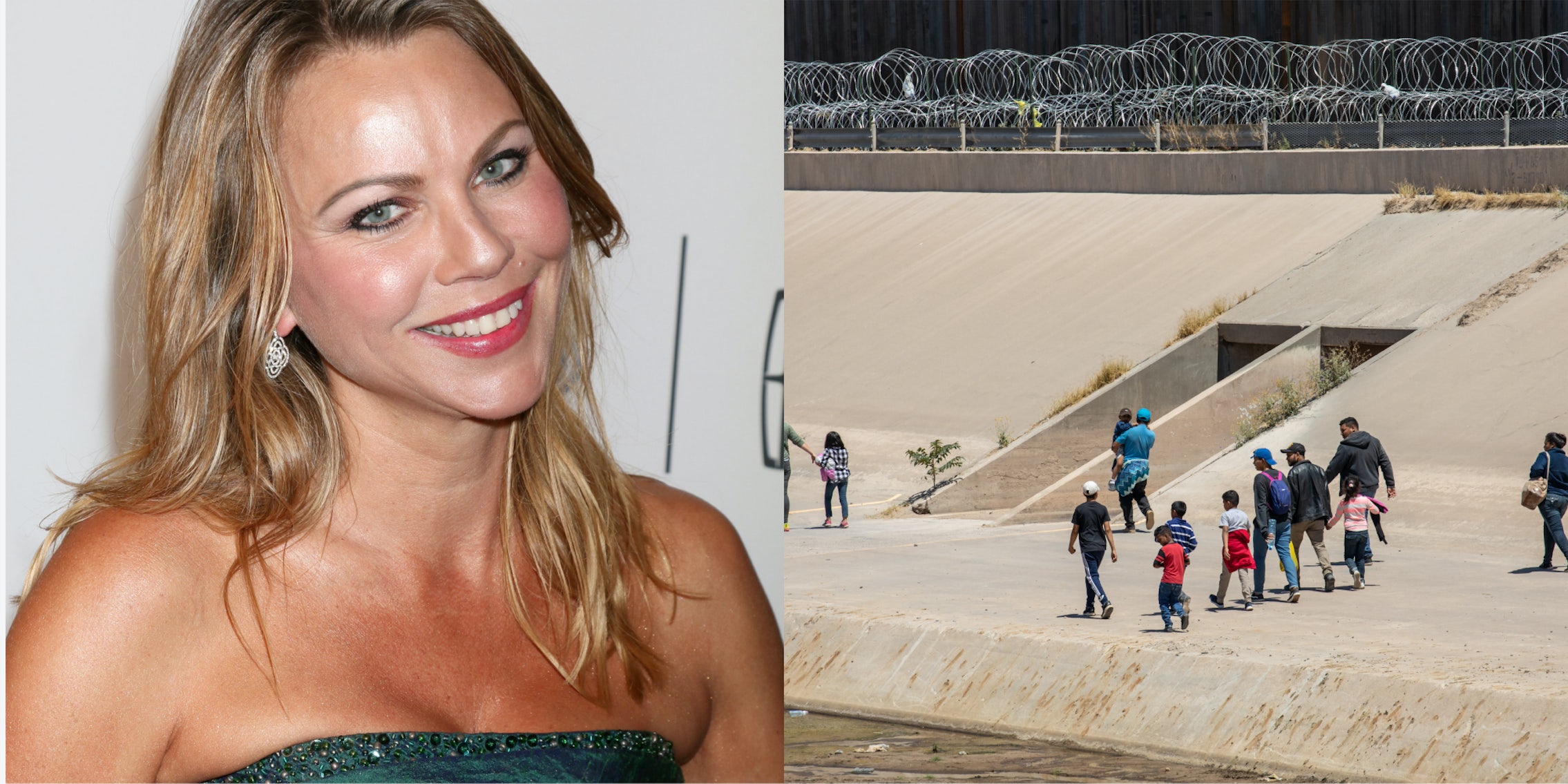 'The open border is Satan’s way of taking control of the world.’

Former CBS and Fox News journalist Lara Logan unleashed a barrage of bizarre conspiracy theories this week involving everything from the blood of children to Satanic control of the planet.

During an interview on the conservative outlet Newsmax, Logan, who was let go from Fox News earlier this year for comparing Dr. Anthony Fauci to a murderous Nazi physician, argued that so-called open borders were the work of Satan while discussing immigration policy in the U.S.

“God believes in sovereignty and national identity and the sanctity of family and all the things that we’ve lived with from the beginning of time,” she said. “And he knows that the open border is Satan’s way of taking control of the world through all of these people who are his stooges and his servants.”

Logan then took the rant one step further by arguing that members of the World Economic Forum “dined on the blood of children,” a conspiracy theory derived from the QAnon movement that has its roots in antisemitic tropes.

The comments are entirely on brand for Logan, who has championed numerous far-right conspiracy theories in recent years.

As noted by Media Matters, Logan has theorized on everything from Darwinism to the assassination of John F. Kennedy to “the Rothschilds.”

Logan has also pushed debunked election fraud claims and asserted that the Jan. 6 riot at the Capitol was an event manufactured by the government.