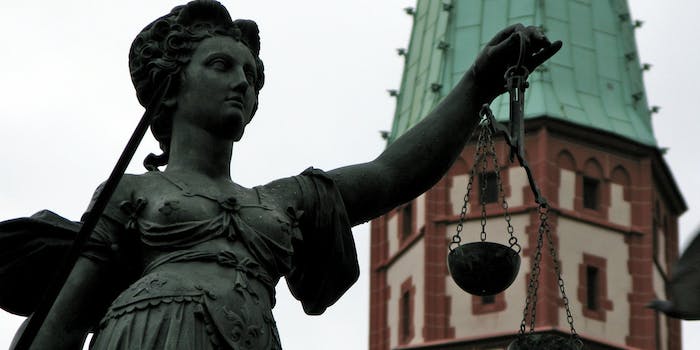 A judge's Wikipedia page has been subjected to several acts of vandalism by anonymous editors.

A federal judge who recently ruled in favor of the National Security Administration’s practice of bulk phone data collection has been the target of Wikipedia vandals for his controversial legal opinion.

At the end of last month, New York Federal District Judge William Pauley III issued his ruling in a case brought by the American Civil Liberties Union challenging the NSA’s wholesale collection of U.S. citizens’ phone records for the purpose of investigating national security threats. Pauly deemed the practice constitution, arguing that the such activities don’t violated the Fourth Amendment protection against unreasonable searches and seizures since the government’s prerogative to prevent acts of terrorism makes their actions reasonable.

Pauley’s ruling was a significant reversal of fortune for the NSA. Earlier last month, a Washington, D.C. judge found that the same practices were likely unconstitutional. These conflicted rulings likely set the stage for a showdown, ultimately, at the supreme court.

But until that happens, some on Wikipedia have chosen to doll out their own brand of justice against Pauley. The judge’s Wikipedia page has been subjected to several acts of vandalism by anonymous editors.

The first ad hominem revision branded Pauley as a “Terrorist, Enemy of the People, and The Constitution of the United States.”

After that statement was quickly expunged by other editors, a second revision was made, calling the judge “an un-American scumbag who allowed the NSA to continue it[s] unconstitutional practices.” That change has also been removed.

Neither of the edits are connected to registered Wikipedia users. But for edits from non-logged in users, Wikipedia tracks the location of the edits. The two changes to Pauley’s page came from New York and California.

On the Talk Page associated with Pauley’s biographical entry, an unidentified writer wrote a paragraph condemning the judge’s reasoning. As part of Pauley’s rationale for backing bulk data collection, the judge argued that the plot of the Sept. 11 hijackers could have been disrupted by such data surveillance.

“The Judge also lacks a basic understanding on data collection, and how data can be collected to obtain meaning,” writes the anonymous Wikipedia user.

This is not the first time someone tied to the ongoing NSA saga has been the victim of a Wikipedia hit job. In August, someone using a computer inside the U.S. Senate attempted to edit Edward Snowden’s Wikipedia page to label the NSA leaker a “traitor.”

Wikipedia has a strict policy for entries that our biographies of living people to keep language neutral and unbiased.