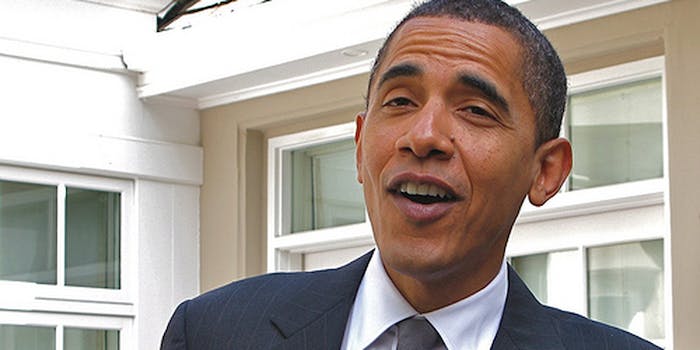 But that just gave the president an in.

Just how easy would it be for the leader of the free world to steal your girl? Oh, please—Barack Obama could be multitasking and still make her forget all about you.

Casting his early vote for November’s midterm election in Chicago this morning, Obama was standing next to a young woman named Aia Cooper when her fiancé, Mike Jones, walked past the pair and voiced his insecurity. “Mr. President, don’t touch my girlfriend,” he said.

Unruffled, Obama used the opportunity to chat up Cooper, poking fun at Jones’ behavior and ultimately planting a kiss on her cheek. “Now he’s really jealous,” the president quipped.

If you think that’s smooth, just wait till he’s out of office and flirting full-time.