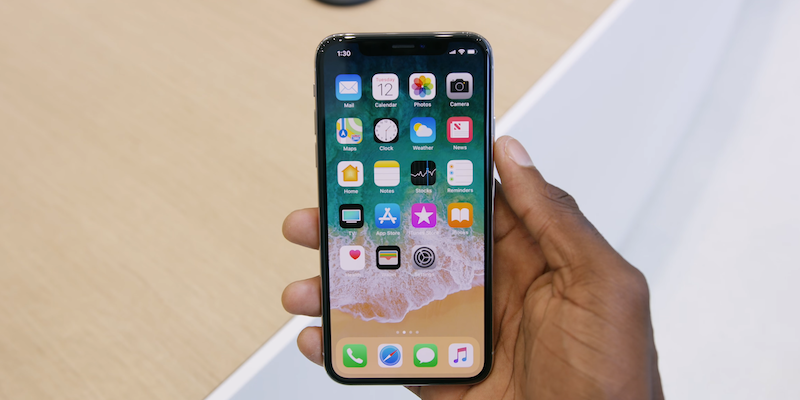 Apple is lowering its standards to avoid iPhone X shortages, according to a report from Bloomberg.

We’ve known for some time now that Apple could be facing severe supply shortages with the Face ID sensor on the upcoming iPhone X. Recent reports from Nikkei Asian Review and KGI Securities claim the company will only produce around 20 million phones this year—half what it planned. Now it appears Apple has a solution: make the sensors worse.

Apple reportedly told suppliers that they could reduce the accuracy of the facial recognition technology if it helped make manufacturing easier. The standout feature of the iPhone X, Face ID uses a series of sensors to detect and analyze people’s faces. It’s essentially a Microsoft Kinect that suppliers have to shrink to fit inside a smartphone.

The most difficult component to make is the dot projector that flashes 30,000 dots onto a face to precisely map out details. The laser and lens in the projector are made of tiny bits of gallium arsenide and glass, two materials that are very fragile and difficult to work with. Bloomberg reports that if these components are even a few microns off, the authentication feature won’t work properly.

Suppliers were taken by surprised at the complexity of making the components, according to the report, and weren’t given extra time to ramp up production. The tight schedule may explain why the iPhone X is being released six weeks after the iPhone 8.

The sensor is so difficult to manufacture, LG and Sharp were forced to slow down the production process because only 20 percent of the sensors they built were useable. It’s not clear how Apple’s less stringent demands will affect Face ID’s accuracy. The report claims that even if Face ID’s specs were lowered, it would still be much more secure than Touch ID.

But it could be a while before iPhone X customers get their hands on the flagship device. Apple is reportedly also dealing with shortages for the phone’s OLED displays, which are supplied by rival Samsung. When asked about supply problems by Buzzfeed, Apple CEO Tim Cook said “We’ll see what happens. But we’ll be working as hard as possible to make as many as possible.”

Update 5:02 pm CT: In a statement to Reuters, Apple refuted that it made Face ID worse to ramp up production.

“Bloomberg’s claim that Apple has reduced the accuracy spec for Face ID is completely false,” an Apple spokesperson said.

A Bloomberg spokesperson told Reuters that the company stands behind its report.