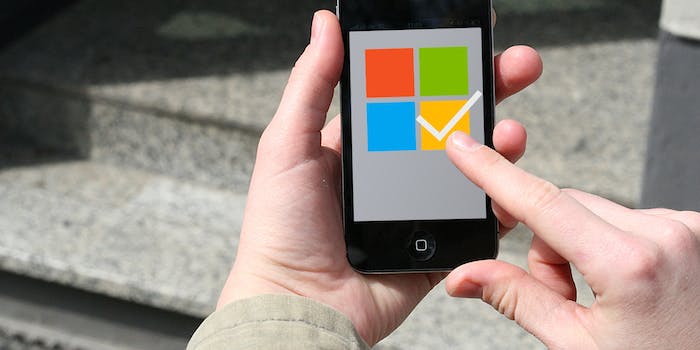 Overall, the app worked well. But it wasn't without its failures.

Microsoft‘s vote-tallying app reportedly broke down in some Iowa precincts Monday night as officials tried to record votes in the first-in-the-nation caucus.

The mobile software, which Microsoft announced to great fanfare last June as a way to streamline the process of reporting caucus results, apparently failed in Polk County.

Microsoft did not respond to multiple requests for comment on Tuesday morning. But the company told USA Today on Monday night that “the mobile apps for both parties worked without issue.”

Charlie Szold, a spokesman for the Iowa Republican Party, said in an email that the app “worked nearly flawlessly last night for us.”

“Any sporadic issues were easily dealt with by our staff,” said Szold, who cautioned that those issues could have been caused by poor cell service, volunteer mistakes, or other hangups unrelated to the app.

The Iowa Democratic Democratic Party did not respond when asked whether its officials reported problems.

Photo via SOZIALHELDEN/Flickr (CC BY 2.0) | Remix by Max Fleishman