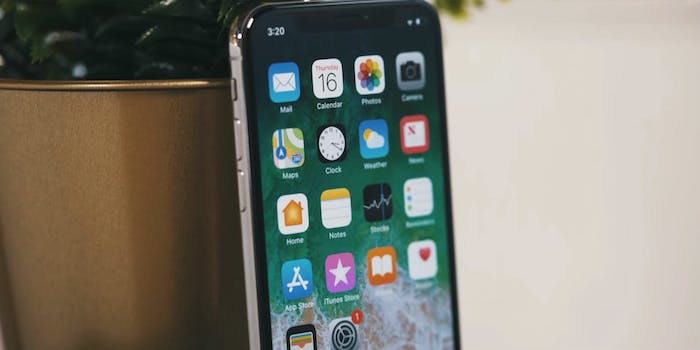 A fix is on the way.

Just when it seemed Apple had recovered from the software woes that plagued its iOS 11 release, a new bug has arrived to wreak havoc on your iPhone. This time, the culprit is a single Indian (Telugu) character.

First spotted by Italian tech site Mobile World, the glitch crashes iPhones running iOS 11.2.5. and blocks users from opening apps when a specific character is sent from an instant messenger. The dangerous character is reportedly capable of crashing Facebook Messenger, WhatsApp, Gmail, and Outlook. The issue does not affect Telegram and Skype, the Verge reports.

Apple’s iOS Springboard crashes the moment an iPhone user receives a message that includes the lethal Telugu character. The app the message was sent to also shuts down and fails every time you try to open it. The only way to regain access is by waiting for another message to appear, so you can open that one instead and try to delete the thread that contains the infected character. It’s not clear what is causing this behavior and why it only appears in some apps.

Tom Warren at the Verge broke his iPhone to demonstrate the glitch for us. As you can see, his phone backs out to the lock screen when he tries to open the message. After signing back in, Warren is unable to re-open iMessage, which crashes right after he presses the app icon.

Another iOS bug is crashing iPhones and disabling access to iMessage https://t.co/9do0xyz7k4 pic.twitter.com/15Ripq7PP8

This is just the latest in a string of embarrassing messaging bugs discovered in Apple’s latest mobile operating system. It’s strikingly similar to the so-called ChaiOS bug from January in which a single link on iMessage was able to crash the app and force some phones to restart. A few months prior, another iOS 11 messaging bug inexcusably replaced the letter “i” with “A [?].” Apple’s text problems date back to 2015 when Reddit users discovered a string of Unicode characters that caused the iPhone and Apple Watch to crash.

The good news is that there appears to be a fix on the way. The public beta versions of iOS 11.3 are reportedly unaffected by the bug, so it should disappear when the update drops in the spring.