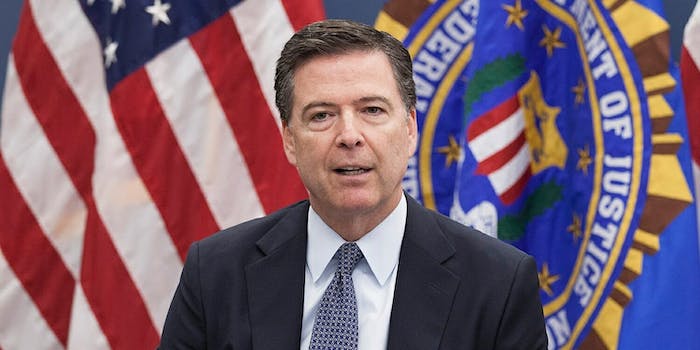 If true, the White House will score big with this report.

The Justice Department’s internal watchdog is to release a scathing report that sources claim will be particularly brutal on former FBI Director James Comey and former Attorney General Loretta Lynch.

The report, which has not yet been officially released, is the finding of an investigation opened by Inspector General Michael Horowitz to look into the Justice Department’s handling of a probe into 2016 Democratic nominee Hillary Clinton’s use of a private email server when secretary of state.

Sources told ABC News on Wednesday that the early version of the report is focused on Lynch and Comey, describing him as an “insubordinate” who defied authority.

The draft, they said, claims the former FBI director ignored objections from within the Justice Department about alerting Congress via public letter that his agency would be reopening the Clinton email investigation.

Comey publicized the letter on Oct. 28, just days before the presidential election, a move some Clinton supporters claim seriously damaged the Democratic campaign.

According to sources, at least one senior official warned Comey that releasing the letter so close to the election would violate policy about interfering in political processes and might also unnecessarily disclose details of the ongoing investigation.

Lynch is also criticized for her handling of the investigation, during which she met with former President Bill Clinton, husband of the Democrat nominee.

The report was originally scheduled to be released in May, but was postponed. The leaked details about the report come the same week that President Donald Trump sought to pressurize the release of the inspector general’s findings.

What is taking so long with the Inspector General’s Report on Crooked Hillary and Slippery James Comey. Numerous delays. Hope Report is not being changed and made weaker! There are so many horrible things to tell, the public has the right to know. Transparency!

ABC News emphasized that the conclusions could change before the report is officially published.