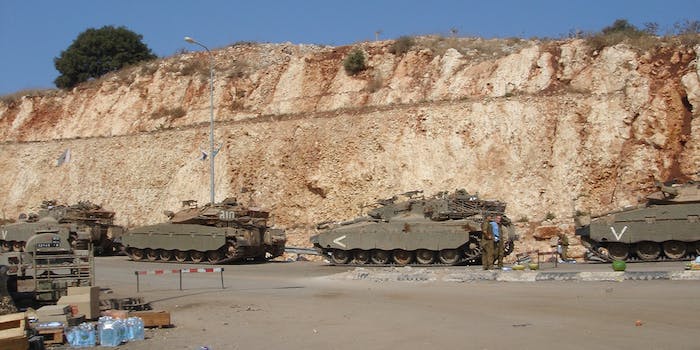 Crowdfunding: It's not all Zach Braff movies and failed smartwatches.

The Israeli Defense Forces (IDF) have a new revenue stream to help sustain their actions in Gaza.

Nitasha Tiku from Valleywag was the first to spot a campaign to raise money for the 97th Battalion, an IDF urban warfare and counterterrorism unit, that has raised over $22,000. The campaign was launched by IDF soldier Todd Weisel, who said he is a member of the 97th Battalion.

Business Insider then discovered that Tilt—which changed its name from Crowdtilt yesterday—is apparently a popular way for people around the world to give money to IDF soldiers.

When asked by Business Insider, Tilt explained that as far as it was concerned, there was nothing about these campaigns to fund military operations that raised any red flags.

“Tilt is permitting campaigns that fundraise for the IDF to purchase protective and safety equipment,” a spokesperson said. “The IDF is a part of the armed forces of Israel. Israel is a foreign government recognized by the United States and not on any list of the United States government prohibiting us from processing transactions related to that country.”

Weisel told Valleywag that he used Tilt because “because of it’s easy-to-navigate interface and the fact that it allowed us to bring the donations together.”

“The IDF knows that it’s soldiers fundraise from families and friends in the states to buy gear for their units,” Wiesel continued. “Again, as clarified by [Tilt], we are not purchasing weapons with the funds, rather, protective gear.”

Campaigns to pay for soldiers’ medical and other post-deployment expenses are not new. In the U.S., sites like RepayVets and VetStarter raise money online to help American veterans start their own businesses. However, crowdfunding military operations of foreign governments appears to be something of a twist.

The most recent major example of this kind of crowdfunding happened in Ukraine, where over $11 million flooded the Ukrainian defense ministry after officials asked for public support in preparation for possible conflict with Russia. Some campaigns were set up for individual soldiers, while others were designed to provide the military at large with specific resources, like shirts and shoes. One man, named Yuri, started a Facebook community called Wings Phoenix and sent the military 1,000 bulletproof vests.